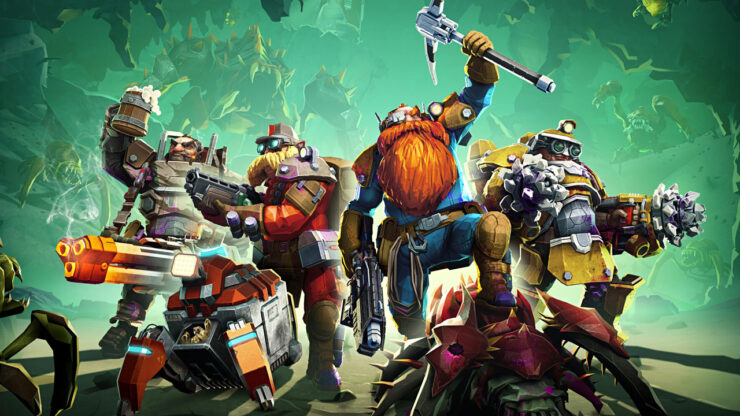 Fluff up your beard and sharpen your pick-axe, because Deep Rock Galactic has locked down a PlayStation release date. The sci-fi mining and shooting co-op adventure was previously only available on PC and Xbox One, but will be coming to PS4 and PS5 in early 2022. You can check out a new PlayStation launch trailer (featuring a badass version of the game’s “Rock & Stone” theme song) below.

For those who have been keeping up, Sony has now confirmed all the PS Plus free games leaked last week, including Deep Rock Galactic (PS4/PS5), Dirt 5 (PS4/PS5), and Persona 5 Strikers (PS4). You can get more details on the new lineup here. Meanwhile, here are Deep Rock Galactic’s key features for you to peruse…

Deep Rock Galactic is currently available on PC and Xbox One, and playable on Xbox Series X/S via backward compatibility. The game launches on PS4 and PS5 on January 4, along with the rest of January’s PS Plus free games.