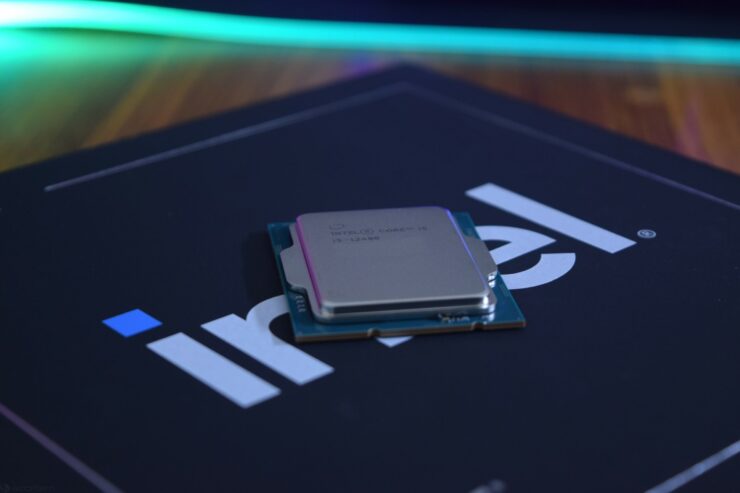 The latest Intel Core i5-12400 CPU gaming benchmarks have leaked out and it sits comfortably ahead of the i9-11900K Rocket Lake flagship.

The Intel Core i5-12400 Alder Lake CPU aims to be one of the best gaming chips, not only within the 12th Gen family but in general. We have already seen several benchmarks of the chip where it runs on par with the Ryzen 5 5600X and even beats it in several cases while consuming lower power and running cooler.

Chi11eddog provided us with the latest benchmarks of the Intel Core i5-12400 running on an MSI B660M Mortar DDR5 (4800) motherboard with a MAG Coreliquid C240 AIO liquid cooler. The CPU has an MTP (Maximum Turbo Power) of 117W and was tested using an unlocked 4096PL limit. The CPU was tested against the Core i9-11900K with the same GPU configuration and the results are below: 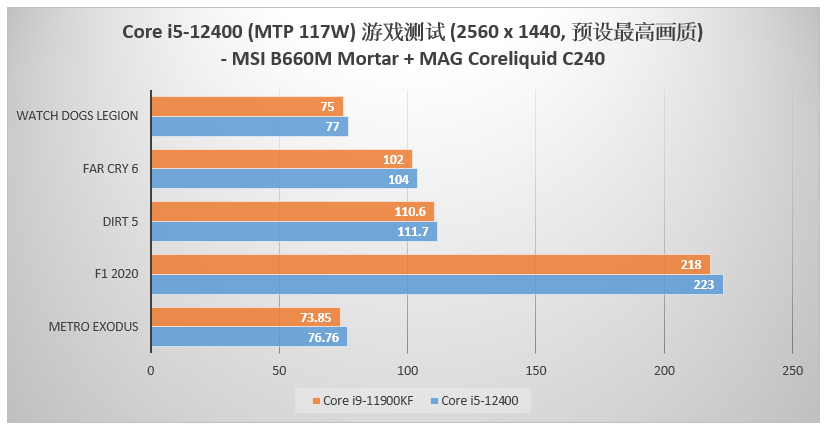 The Intel Core i5-12400 Alder Lake CPU ends up around 2% faster than the Core i9-11900K on average. While 1440p is not the best-case scenario to test CPU performance in games, even with the same setup, the Core i5 chip easily sits ahead of the Rocket Lake flagship. The best part for consumers is that the Alder Lake CPU is going to cost just $180 US compared to the $500 US+ pricing of the Core i9-11900K. It will also run cooler with average temperatures hovering around 65C as mentioned by our sources and also consumes 75W in gaming while the PRIME95 load is around 100W.

These results look very impressive for the tiny i5 CPU and it’s poised to become one of the best gaming CPUs, especially when paired with a sub-$150 US B660 board & DDR4 memory. Intel’s Non-K lineup has the potential to shake things up in the entry-level and mainstream segment just like the K-series chips did in the high-end segment. The Intel Alder Lake Non-K CPUs will come with the new Intel boxed cooler which features a fancy new design and is fully compliant with the LGA 1700 socket. Aside from that, Intel will also debut its H670, B660, and H610 motherboards at CES 2022 which will bring the price of the Alder Lake further down & will carry both DDR5/DDR4 memory support.

The post Intel Core i5-12400 Beats The Core i9-11900K Rocket Lake Flagship In Leaked Gaming Benchmarks At Less Than Half The Price & While Consuming Less Power by Hassan Mujtaba appeared first on Wccftech.