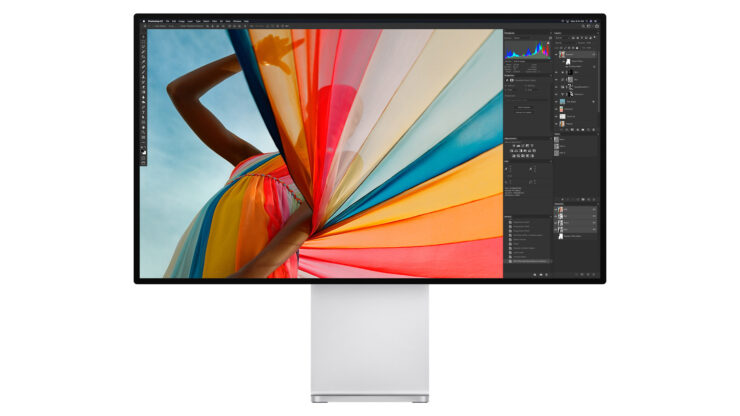 By all accounts, Apple’s Pro Display XDR and its $4,999 price tag were ludicrous for regular consumers, and it was even more jaw-dropping to find out that the company was selling a standalone $999 stand. Fortunately, according to the latest report, Apple will quell its ambition of producing ultra-high-end displays for a niche market and resort to a more affordable solution that is said to cost half of the technology giant’s flagship monitor.

New, Affordable External Display to Target More Customers, but No Word on How Many Compromises Apple Is Expected to Make

If we take the math, the upcoming external display, which so far does not have an official name, could cost $2,499, according to Bloomberg reporter Mark Gurman. Gurman previously stated in December that Apple was working on a more value-focused product, one that would likely attract the masses and could sell in higher numbers thanks to its reduced price tag.

The Pro Display XDR has mainly targeted a consumer base focused on color-accurate work, but the ridiculous price tag could only be entertained by massive production houses and studios who have access to those ‘over the top’ reference monitors. With the unnamed external monitor priced for far less, it is unknown what compromises Apple is expected to make when it comes to overall build, display type, display quality, color accuracy, and other metrics.

While Apple is not known to churn out products that make compromises on the aforementioned aspects, one would wonder what direction the company will take in order to mass produce the best possible product in a $2,499 range. Gurman does report that the Pro Display XDR’s display production cost has likely come down since its inception, so that would help matters for Apple.

With the Cupertino giant transitioning to mini-LED, it would be exciting to see Apple take the bold step to incorporate the same technology in its upcoming external display. In case you did not know, the M1 iPad Pro with a mini-LED panel actually has four times the dimming zones compared to the Pro Display XDR and ships with one-fifth of the price. The only drawback is you get a 12.9-inch display instead of a 32-inch one, so the advantage of using mini-LED is out in the open.

There is still a ton we do not know about the upcoming external monitor, so like always, we will wait for more updates and inform our readers accordingly.

The post Apple to Launch New External Display in 2022 That Will Be Half the Price of the $4,999 Pro Display XDR by Omar Sohail appeared first on Wccftech.