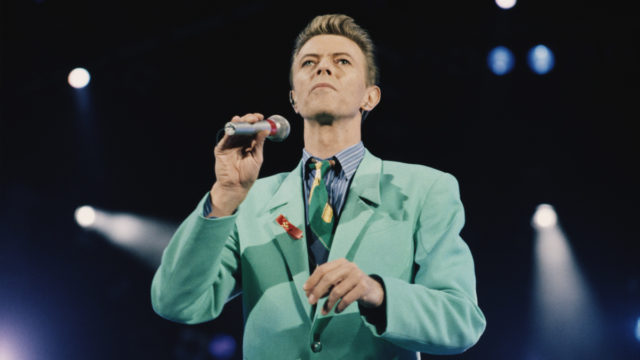 The publishing rights to David Bowie’s back catalogue have been sold to Warner Chappell Music in a deal worth hundreds of millions of dollars.

The agreement covers songs from 26 studio albums from the British artist’s lifetime, as well as the posthumously released album Toy and his two albums with the band Tin Machine.

According to US entertainment outlet Variety, the deal between WCM, the publishing arm of Warner Music Group, and the Bowie estate was worth more than $US250 million ($348 million).

Bob Dylan’s entire back catalogue was acquired by Universal Music Group in December 2020 for a reported $US300 million, with artists including Mick Fleetwood, Neil Young and Blondie singer Debbie Harry all following suit by selling interests in their music.

“All of us at Warner Chappell are immensely proud that the David Bowie estate has chosen us to be the caretakers of one of the most groundbreaking, influential, and enduring catalogues in music history,” WCM co-chairman and chief executive Guy Moot said.

“These are not only extraordinary songs, but milestones that have changed the course of modern music forever.

“His work spanned massive pop hits and experimental adventures that have inspired millions of fans and countless innovators, not only in music, but across all the arts, fashion, and media.

“We are looking forward to tending his unparalleled body of songs with passion and care as we strive to build on the legacy of this most extraordinary human being.”

Bowie had several top-five hits in Australia, including Sorrow, Ashes to Ashes, Let’s Dance, Dancing in the Street and Absolute Beginners.

Entertainment lawyer Allen Grubman, representing the Bowie estate, said his client was “truly gratified” the artist’s back catalogue will now be in the capable hands of WCM.

“We are sure they will cherish it and take care of it with the greatest level of dignity,” he said.

Bowie, one of the most influential and revered musicians of the 20th century, died with liver cancer on January 10, 2016, two days after his 69th birthday.

The post Bowie back catalogue sells for $348 million appeared first on The New Daily.