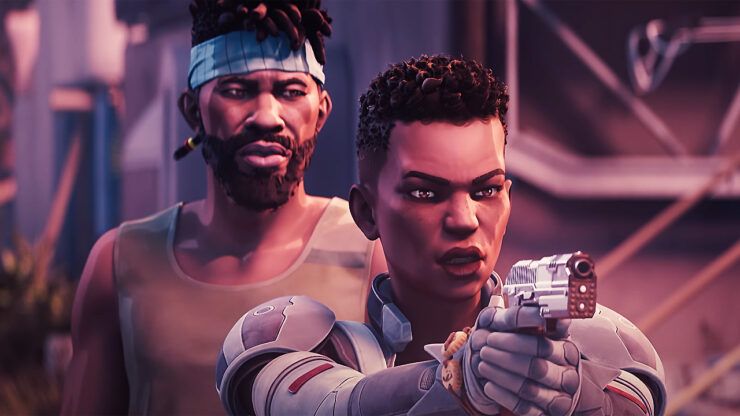 Most new characters added to Apex Legends are introduced to players with elaborate cinematics and trailers that really give you a good sense of who they are. Unfortunately, that wasn’t the case for most of the game’s original starting lineup, whose backstories remain more mysterious. Well, Apex developer Respawn Vancouver has now doubled back, releasing a new “Stories from the Outback” cinematic for original roster member Bangalore.

The animated short gets into Bangalore’s history with the IMC – following the Battle of Gridiron, Bangalore is injured and her brother Jackson defects on behalf of both them. This leads to conflict between Bangalore and Jackson and, eventually, a showdown with an IMC pilot. You can check out all the action and drama in the new Stories from the Outback cinematic, below.

Interesting stuff. Of course, this establishes yet more connections between Apex Legends and Titanfall. Beyond that, what else might the short hint at? Could Jackson perhaps show up as a playable Legend in the future? Or maybe we’ll get to play as that IMC pilot? We shall see I suppose.

Apex Legends is available now on PC, Xbox One, PS4, and Switch, and is playable via backward compatibility on Xbox Series X/S and PS5.