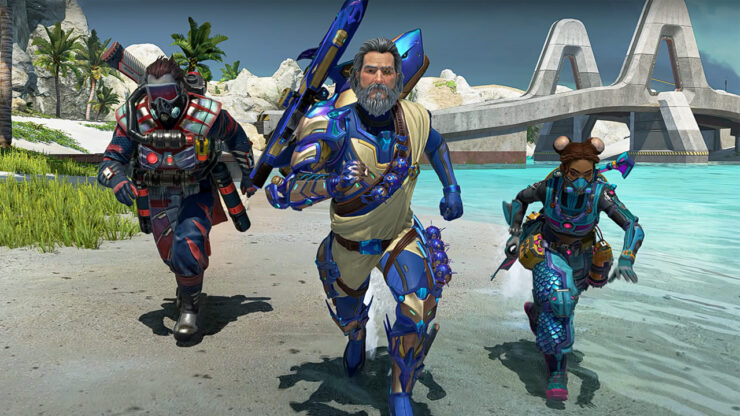 Apex Legends’ next big season probably won’t kick off for another month or so, but Respawn Vancouver is keeping things fresh with the “Dark Depths” event, which will kick off next week. The event’s main addition is a new Arenas map, Habitat 4, an island battleground surrounded by intimidating Leviathans. You can check out some action from the new map, below.

Habitat 4 was inspired by Leviathans and how it would feel to fight in their breeding grounds. It represents our vision of an arena established in a natural environment, while holding true to the tentpoles of arena design. With that being said, one of Habitat 4’s key features is a large waterfall. Through the passage of time it has eroded the landscape, forming trenches and terraces of varied elevation. Making this island a paradise for slides and quick getaways. Teams will have plenty of options and choices to make from the start. Do you make a play for the quick high ground to get a read on the enemy? Or do you take a sneakier approach? 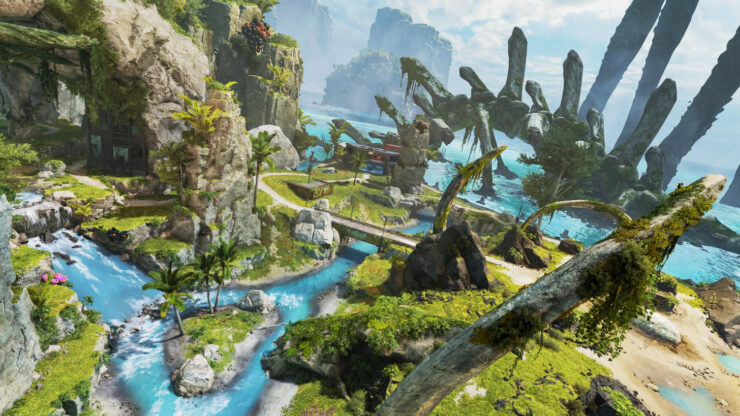 Two primary POIs rest on higher ground on opposing sides: the Cave and the Nest. The Nest is full of giant Leviathan eggs which make for great cover, as the hardened egg shells are tough as steel. The focus is mid to long range combat with a great vantage point of the map. The eggs and rocky terrain offer multiple flanking options and rotations for Legends that like to get closer. Lateral ziplines near the frontlines also provide opportunity for Legends to support their team quickly when divided or outnumbered.

The Cave offers a sense of security and protection. Fights are focused on mid-range and close combat, allowing for a variety of strategies and fast pushes on timely shield breaks. Sacrificing cover and controlling the Cave’s center will give you a leg up, as it overlooks the map’s mid-field and one of the airdrops. If things get too spicy, Legends can use the Cave’s waterslide as a fast getaway or to quickly move towards the Nest. Wildlife enthusiasts might notice Flyers as they frequently rest in the Cave’s canopy above. However, they often end up as food for newly hatched Leviathans.

Of course, Dark Depths also includes a variety of new cosmetics, including fishy new Legendary skins for Ash, Horizon, Lifeline, and Fuse. For 400 Apex Coins you can also purchase Dark Depths Packs, which will net you a unique Dark Depths piece of gear to augment the Legendary skins. There will also be a series of mini weekly battle passes that will serve up a few free goodies. 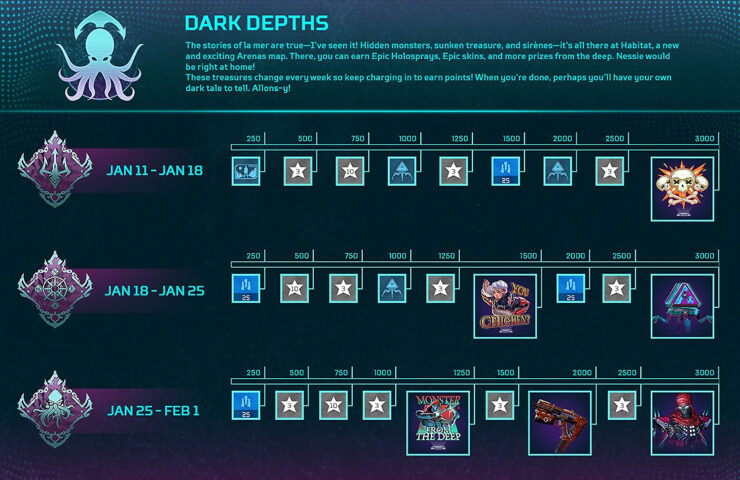 Apex Legends is available now on PC, Xbox One, PS4, and Switch, and is playable via backward compatibility on Xbox Series X/S and PS5. The Dark Depths event kicks off on January 11 and will run until February 1.