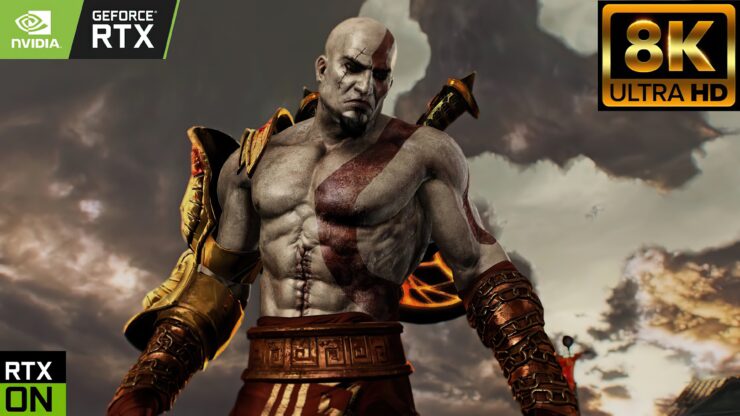 With God of War coming to PC in just two days, fans can get acquainted with the previous franchise installment (the last one in the Greek trilogy), God of War 3, ‘remastered’ in an entirely new light thanks to the latest MassiHancer mod.

First things first: this is only applicable to the PC version emulated through RPCS3. As per our extensive coverage on the subject, the PlayStation 3 emulator has gotten a lot better over the years at running God of War 3.

Giulio Guglielmi, also known as MassiHancer, has worked on optimizing RPCS3 settings so that it can run at a stable 8K resolution (on an RTX 3090 GPU) while further improving the graphics through a dedicated ReShade preset. This includes Pascal Gilcher’s Screen Space Ray Tracing Global Illumination shader (now about to be added to NVIDIA’s Freestyle built into the GeForce Experience software).

The result is quite stunning, as you can see in the video below. It also goes far beyond the official God of War 3 Remastered version that launched on PlayStation 4 several years ago.

MassiHancer will post a setup guide soon; this article will be updated once it goes live.

2018’s soft reboot of God of War may have propelled the saga to the Olympus of gaming, but the original trilogy was excellent in its own right as well. Here’s an official outline of the main God of War 3 features.

Sophisticated Storyline
The story of God of War 3 is the epic conclusion to Kratos’ Greek trilogy. Picking up from the Titan-sized cliffhanger of God of War 2, God of War 3 takes Kratos right to the heart of Zeus’ stronghold on his epic quest for vengeance.

Groundbreaking Depth of Scale
From the glittering marble of halls of Mt Olympus to the desolate deserts of Tartarus, Kratos will explore worlds both epic and majestic. Players will be left breathless as they carve through entire armies while navigating on the back of Titans – living levels as tall as the Empire State Building.

Rideable Creatures
Several of the menacing creatures of Greek mythology in God of War 3 can now be manipulated against their will, as Kratos uses them to cross chasms, inflict blind rage against enemies, reveal puzzles and secrets, and as tools of complete annihilation.

New Weapons and Combat System
New deadly weapons such as the Cestus – powerful metal gauntlets with devastating strength – and other brutal instruments of war that will allow Kratos to learn ruthless new techniques such as grappling with enemies and launching explosive wall-to-ground attacks.