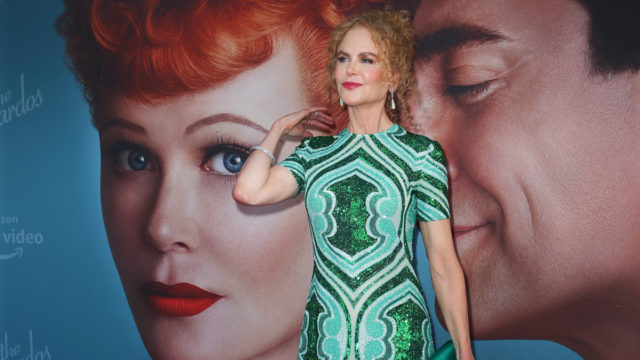 Nicole Kidman says she is “overjoyed” to have been nominated for a Screen Actors Guild award and dedicated it to her onscreen persona Lucille Ball.

The Australian actress, who was nominated for outstanding female actress for her portrayal of Ball in Being The Ricardos, said it meant a lot to be recognised by “fellow actors”.

Sharing the SAG awards Instagram on her own account’s story, she wrote: “Just woke up to the news and am overjoyed.

“This means so much to me because it comes from my fellow actors.

“Lucille Ball may never have had a chance to be nominated for a SAG award, as this will only be its 28th year in existence, but I’ll happily accept this nomination in her honor.”

Acknowledging her fellow cast members and director, she added: “And cheers to my brilliant Desi, Javier Bardem, and to Aaron Sorkin and the rest of the cast, we share this with you.”

Bardem was also nominated for best male actor for his portrayal of Ball’s husband Desi Arnaz.

Kidman also won the Golden Globe for best actress for her performance in the film, though her celebration was more muted.

This year’s Golden Globes ceremony was a quiet affair, following a year of heavy criticism of the the event’s organising body.

The post Kidman ‘overjoyed’ at SAG nomination appeared first on The New Daily.