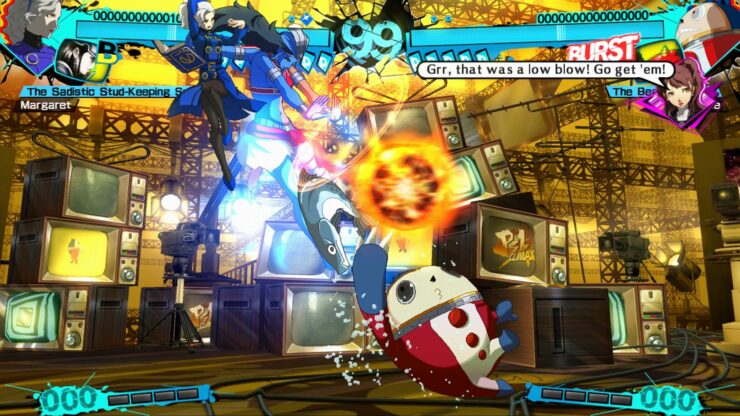 Persona 4 Arena Ultimax is just under two months from release, and publicity for the game still is circulating to drive up hype and attention for it. Celebrated as a grand remastering of the old 2013 title, Persona 4 Arena Ultimax on current-gen looks to collect everything that the game has, from DLC to bonus music and content.

That said, the upcoming port has a brand-new trailer available earlier today. The trailer, meant to highlight the gameplay and combat, was posted to Atlus’s official YouTube channel. You can watch the brand-new trailer below.

Most of what this trailer shows is just in-engine gameplay with various characters and lets players know that the game’s pre-orders are open now, at least on Steam. The game also has a big draw in the fact that the game collects both the 2.50 patch, a version stuck in Japanese arcades and consoles for almost a decade, and all of the game’s DLC, including all three DLC characters, tons of character colors, and in-game music.

However, a pressing concern is, again, the absolute lack of rollback netcode. The fact that public announcements and trailers continue to circulate for the game and yet, no word on the matter other than a brief “consideration”. Atlus, and by extension SEGA, seem to not care about the fact that people care about good online functionality.

We can liken this to BlazBlue Centralfiction, which saw an absolutely massive playerbase increase after the rollback beta was released at the beginning of January. And the game has since maintained that, with its sibling game Cross Tag Battle getting rollback sometime this year as well. It all comes off as very baffling.

Persona 4 Arena Ultimax will be released on March 17th, 2022 on PlayStation 4, Nintendo Switch, and PC via Steam. The game is currently available now on PlayStation 3 and Xbox 360.