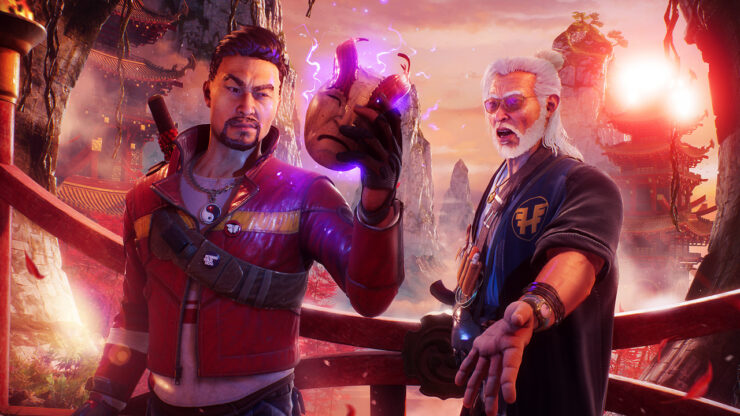 Get ready to slice and dice, because it seems very much like Shadow Warrior 3 is arriving in March. This hasn’t been officially announced by publisher Devolver Digital yet, but both the Xbox and PlayStation Stores have updated their listing with a March 1 release date, so it seems like this is the real deal. The listings also reveal a price ($50) and the following pre-order bonuses…

Not a bad bunch of extra goodies! For those that haven’t been keeping up, Shadow Warrior 3 is the work of Polish series creators Flying Wild Hog, and looks to be the most over-the-top entry in the series yet. Here’s a quick rundown of the game’s features:

Fallen corporate shogun Lo Wang and his former employer turned nemesis turned sidekick Orochi Zilla embark on a mission to recapture an ancient dragon they unwillingly unleashed from its eternal prison. Armed with a punishing mix of blades and bullets, Lo Wang must traverse uncharted parts of the world to track down the dark beast and push the apocalypse back yet again. All it will take is the mask of a dead god, a dragon’s egg, a touch of magic, and enough firepower to hold off the impending cataclysm.