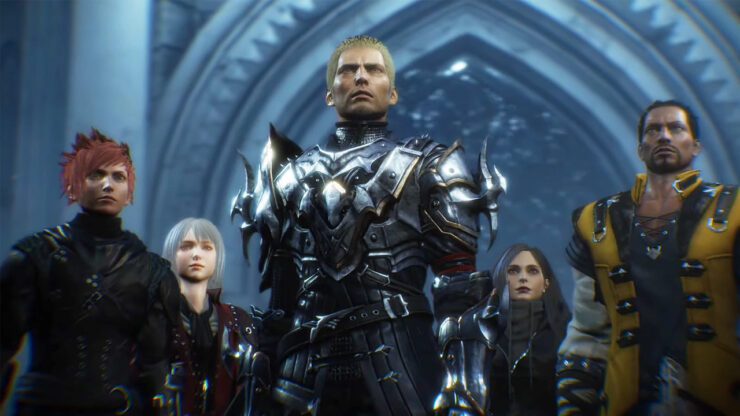 Stranger of Paradise: Final Fantasy Origins, the quirky alternate retelling of the original Final Fantasy, has dropped one more trailer before launch, and well…  Square Enix and developer Koei Tecmo are doing it their way. The trailer is packed with hammy melodrama, much of it set to Frank Sinatra’s “My Way,” although there are also some promising bits of action and reimagined looks at classic FF bosses sprinkled throughout. Check out the whole spectacle for yourself, below.

*Nods slowly*… well… okay. That was certainly something. Will Stranger of Paradise end up being a memorable spectacle or epic disaster? At this point, I really couldn’t tell you. Thankfully, the developers of the game have made the rounds, answering a few questions about the game. Producer Fumihiko Yasuda admits the game is inspired by super-hard action RPGs like Nioh and Dark Souls…

To talk about games specifically, games we’ve made at Team Ninja, such as Nioh and Ninja Gaiden, had a significant influence. On top of that, there were titles which had an indirect influence, like Dark Souls, Onimusha, and Devil May Cry, as they had an impact on the games made by Team Ninja. However, without a doubt the Final Fantasy series had the most impact on the game, and there were more games in the series than just the first which served as a great source of inspiration.

…that said, the game will have difficulty options, including a “Story” mode for folks who just want to soak up the hammy dialogue without worrying about the action too much. Speaking of the story, while it seems to take significant liberties with Final Fantasy lore, it’s not an “Isekai” – that is to say, it isn’t a story about jumping between multiple worlds and realities. The story’s going to be weird, but apparently, not in a super meta way.

The post Stranger of Paradise: Final Fantasy Origin Brings the Drama and Sinatra in a Final Trailer by Nathan Birch appeared first on Wccftech.