While turning water into wine may require a holy spirit, April Gargiulo has managed to turn wine into a successful beauty elixir with her nature-loving spirit and her own faithful following. Her company, Vintner’s Daughter, based in Napa, California, produces only two all-natural products: Active Botanical Serum, which is formulated with 22 active botanicals, and Active Treatment Essence, which contains over 30. The serum, Gargiulo’s first creation, launched in 2013 and has since landed on endless “best of” lists and counts A-listers Hailey Bieber, Tracee Ellis Ross and Gwyneth Paltrow among her obsessive followers.

“We focus on creating fewer and better products so we’re able to deliver the most incredible, beneficial performance,” says Gargiulo. “We stand behind that because we know it’s better for skin and better for the environment.” She recalls the particular pressure of trying to persuade retailers to carry her brand with only one product in tow. Many insisted that April Gargiulo launch Vintner’s Daughter with more formulas, regardless of their efficacy, because they simply didn’t know how to merchandise the serum solo on their shelves. “The pressure to not honour our ethos came from a lot of very interesting places, including the press, because everybody only ever wants to report on what’s new,” says Gargiulo, who explains that when a brand stops releasing new products, regardless of its current popularity, it can often land in yesterday’s news piles and therefore quickly be out of the minds of potential new retailers and customers faster than you can say “discontinued.”

However, growing up on a vineyard in Napa and being immersed in the world of viticulturists and small-batch winemakers instilled in Gargiulo an intense dedication to quality, regardless of literally anything else. “I wanted to apply the same philosophy that I grew up with in the wine industry around sourcing and craftsmanship to skincare,” she says. Her concept of using whole plants versus using the standard extracts or synthetics, which is so commonplace in the beauty industry, quickly had her laughed out of many of the labs she approached to produce her formulas. While most beauty products are made in three to six hours, every bottle of Vintner’s Daughter serum requires at least three weeks to create, while the essence she launched three years ago takes five. Part of this process involves the brand’s proprietary Phyto Radiance Infusion, which captures the optimal nutrition of the whole plants over a period of 21 days in order to obtain the most active ingredients at the most effective concentrations for use on the skin. This pivotal but time-consuming step also means that she’s left with a production output that’s probably less than 1 per cent of that of your average drugstore serum.

So, how did Gargiulo source these all-important plants? “We chose some of the most nutrient-dense botanicals in the world, such as alfalfa, dandelion and nettle,” she says. “Those three were actually called ‘the fruits of life’ in ancient texts, because they give you everything you need to thrive.” In the years leading up to launching Vintner’s Daughter, April Gargiulo worked with practitioners and experts to test the plants for optimal ratios and efficacy on the skin. She wanted to understand the ideal combination of plants so they would balance and amplify one another. To source them responsibly, she works with sustainable, organic farmers to nurture the whole plants, right down to their optimal terroir—a concept she harnessed from her winemaking background. The final product, Gargiulo says, is like comparing a meal-replacement bar to a homemade meal: The nutritional benefits may be the same on paper, but the satisfaction of providing what serves our bodies best, especially for the long term, is worlds apart.

While there’s always pressure to launch another product or ramp up production to improve the company’s bottom line (Gargiulo hasn’t yet taken on any outside investors), she maintains that her guiding light is the people who will eventually bring each bottle home. “I am creating a skin-driven company, which means that the health, balance and radiance of our customers’ skin is our North Star, and we know that we achieve, honour and service that,” says Gargiulo. When it comes to stocking her own bathroom shelves, it only makes sense that she applies the same stringent standards. “I’m always looking at sourcing, craftsmanship, the integrity of the business and, of course, performance; it has to actually do something,” she says.

Having started Vintner’s Daughter in her late 30s while she was pregnant with her first child (her daughter was the inspiration for the name of the brand), April Gargiulo says that she hopes others won’t be hesitant to start on a new path, even when they think they may have somehow missed the boat. “If it’s something that’s in your heart, just do it for yourself,” she says. “Give yourself grace, and understand that success doesn’t have to mean that a product is on every shelf, in every store, in every city. Focusing on fewer and better is something that I would love other companies to be inspired by.”

Click through the gallery below to see a few top picks from April Gargiulo’s own less-is-more beauty routine. 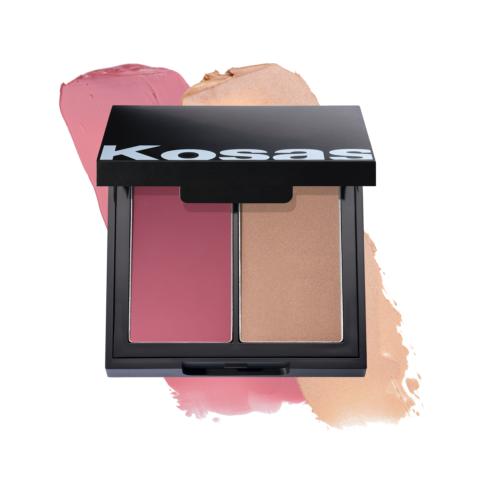 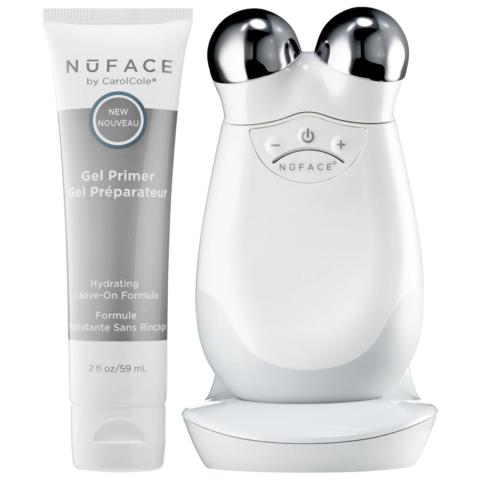 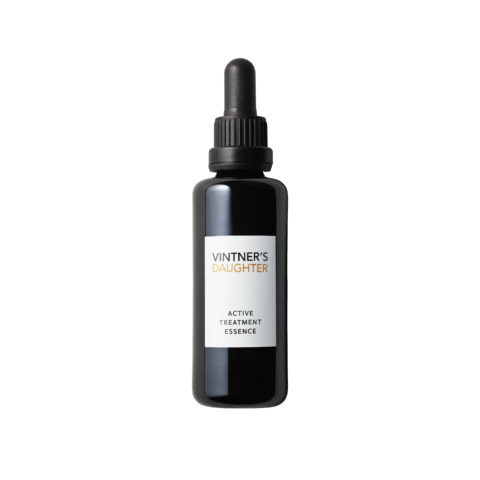 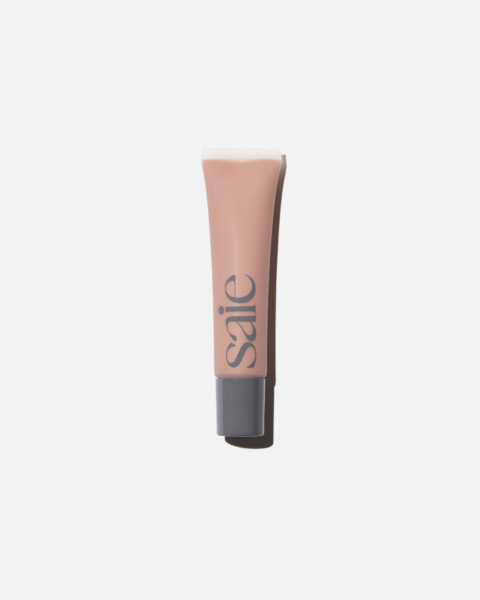 “I like the Kosas cream blush for a pop of colour and the mascara.”

“In the years leading up to launching our Active Treatment Essence in 2019, we became much more aware of how our raw materials could become scarce and started formulating it with an even deeper lens on sourcing and sustainability.”

“I’m not a big makeup person, but I use all of the Saie lip products.”