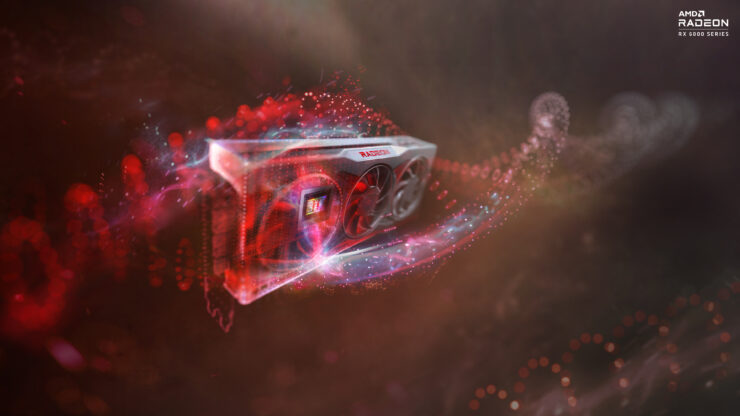 A new list of AMD Navi 31, 32 and 33 GPU variants has been leaked by multiple sources and points to AMD reducing the specifications of the upcoming next-generation Radeon graphics cards. Please note that while this information is anything but confirmed – and is almost certainly a rumor with all the included caveats – it comes from sources that have been fairly reliable in the past.

Navi 31 taped out almost 5 months ago and was recently spotted in developer changelogs indicating that it is on schedule for a launch later this year. It will be AMD’s first GPU that is built on the MCM philosophy (yes the same philosophy that made Zen such a trump card) and will be an undisputed game-changer for the GPU industry. Before we go any further, here is the list of SKUs that was leaked by Kepler (a source that has proven to be fairly reliable in the past:

More information on this was also posted by Greymon55 (via Videocardz):

As we can see, the top AMD Navi 31 MCM GPU has been reduced from 60 RDNA Workgroups to 48, with the CUs brought down from 120 to 96. What this essentially means is that the Radeon RX 7900 XT (or whatever AMD ends up calling it), has gotten its specifications slashed from 15360 to 12288 stream processors. There could be multiple reasons for this but the most likely one is yield. The more you reduce the final specifications of the product, the less dies you have to throw away (bin) for yield purposes.

Similarly, the Navi 32 has been cut down from 40 Radeon Workgroups to 32, and CUs getting cut down from 80 to 64. This brings the stream processors down from 10240 to 8192. This GPU will be featured in the upcoming Radeon RX 7700 XT GPU (or whatever AMD decides to call it).

Last but not least, AMD’s Navi 33 GPU – which is actually not an MCM GPU – has been cut down from 20 Radeon Workgroups to 16, and CUs have been reduced from 40 to 32. This brings the stream processors down to 4096 – which is AMD’s favorite number for mainstream GPUs for a while now. This will be featured in the Radeon RX 7600 XT GPU series (or whatever AMD decides to call it.)

Here is a possible segmentation list (read: speculation) of the Navi 30 series dies by Kepler:

So here’s the thing. AMD’s RDNA3 series is going to be a gamechanger and probably the first to market with an MCM design. We have been told to expect performance figures of up to 92 TFLOPS. Assuming a 3GHz clock rate, however, the Navi 31 flagship will put out roughly 73 TFLOPs of single-precision compute. If we assume that the 92 TFLOPs figure is correct then the card must be clocked at close to 3.74 GHz – which is absolutely batshit crazy for a GPU.

By the way, the performance goals remain the same and may even be higher.

Greymon55 did say that he expects the performance goals to remain the same and “may even be higher” so we won’t be reaching any conclusions till things get clearer. Meanwhile, NVIDIA’s upcoming ADA Lovelace GPU is rumored to be gearing up to put out a massive 100 TFLOPs of power so there is definitely a GPU war brewing.