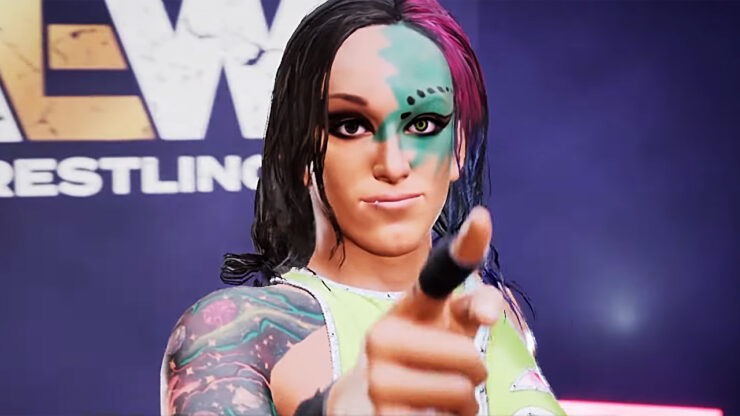 Back in 2020 it was revealed that upstart promotion All-Elite Wresting was getting its own video game created by ex WWE 2K developers Yuke’s and the director of WWF No Mercy, but updates on the new title have been a bit scarce since then. Well, today we got a fresh look at the game, which is confirmed to be titled AEW: Fight Forever

The new footage shows off a couple of new additions to the roster, Kris Statlander and Nyla Rose, and a somewhat more realistic art style (early teasers had a very stylized look). As for the action, it isn’t the most realistic, but it looks fast and impactful, which is a good thing. For years the WWE 2K games have focused on elaborate animations at the cost of game pacing and excitement. If AEW is serious about recreating the feel of classics like WWF No Mercy, this is the right direction to go in. You can check out the new gameplay videos for Statlander and Rose, below.

Obviously, the game still needs some work, but we don’t really know how far along it is in development at this point. What we’re seeing could still be fairly early. Also, this is essentially an indie game, so we can’t expect the same level of presentation we get from the 2K titles. If it plays well, that’s what matters. AEW Gaming head honcho Kenny Omega has said he wants to make the best wrestling game ever, so hopefully he can pull it off…

When I first signed with AEW, I asked Tony Khan to let me help assemble the best gaming team on the planet, to make the best wrestling  games ever. With masterminds like Geta and the incredible team at Yuke’s, we are well on the  path to deliver a fresh, vastly superior gaming experience that our fans deserve.

Update: According to a report from pro wrestling insider site Fightful Select, which should be taken with a grain of salt, AEW: Fight Forever will launch with around 50 wrestlers, with Sting, CM Punk, Bryan Danielson, Adam Cole, Ruby Soho, and Owen Hart said to be in the game. Plans for more DLC characters are being discussed, but final decisions have not been made.

AEW: Fight Forever is coming consoles and, as just confirmed, PC. A release window has yet to be revealed.