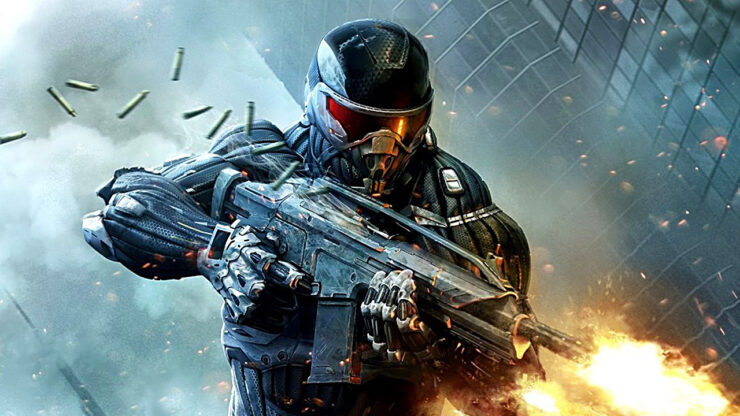 Earlier this year, Crytek officially announced they were working on Crysis 4, which generated no small amount of excitement, but some concern as well. The Crytek of today arguably isn’t the same company that produced the acclaimed original Crysis trilogy, so will they be able to recapture the magic? Well, here’s a major positive sign – Crytek has revealed that Mattias Engström, director of the excellent Hitman 3, is heading up Crytek 4.

It will be interesting to see what Engström brings to the table for Crysis 4, as the Hitman games are obviously a rather different beast than Crytek’s series. Thus far, this brief official statement is all we really know about Crysis 4.

It’s something you have been asking us for a long time, so it’s now finally time to confirm – yes, the next Crysis game is happening! We are so pleased and excited to bring this news to you, and we really can’t wait to reveal more details about what lies ahead.

Right now the game is in the early stages of development so it will be a while yet, but we wanted to bring you the news at this time as we are so hyped for the future, and to let you know that we will be listening to our community.

For those who still haven’t tried out Hitman 3, you really owe it to yourself to give it a try, as I outlined in my full review…

Hitman 3 is the definitive case for careful refinement over needless reinvention. While not that fundamentally different from its predecessors, Hitman 3 has been polished to a high sheen, offering up fantastic frictionless stealth gameplay and an eye-catching array of unique, exciting stages. At times it’s felt like luck was against this trilogy, but Agent 47 would be proud of how IO Interactive’s well-laid plans have come together in the end.

Crytek has yet to reveal platforms or a release window for Crysis 4.

The post Crysis 4 is Being Headed Up by Hitman 3 Director Mattias Engström by Nathan Birch appeared first on Wccftech.