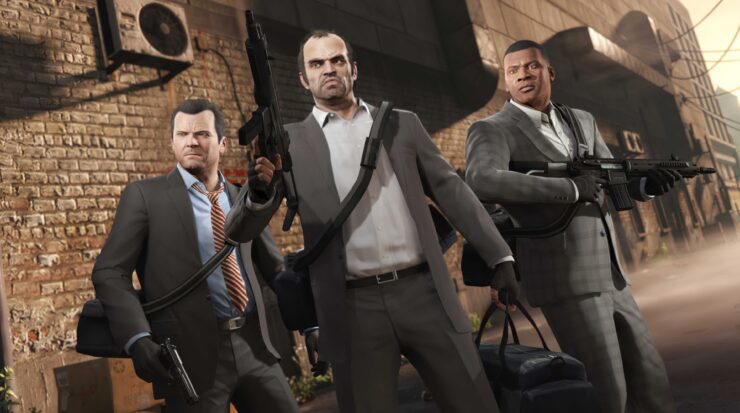 As discovered by @BennyHummm and reported by @TezFunz2, the PlayStation 5 and Xbox Series X version of the open-world game by Rockstar Games feature settings for ray traced ambient occlusion and reflection occlusion that are currently disabled, hinting that these features will eventually be enabled at some point,  or at least be made available on the PC version of the game, as the latest update for this version of the game added some files, possibly in preparation for the implementation of features seen in the Expanded & Enhanced release, such as ray traced shadows and new AA solution.

Ray-traced Ambient Occlusion and Reflection Occlusion are listed as settings on #GTAV and disabled on PS5 & Xbox Series systems.

Rockstar would likely enable them once the PC version receives the Ray Tracing treatment.

When a young street hustler, a retired bank robber and a terrifying psychopath find themselves entangled with some of the most frightening and deranged elements of the criminal underworld, the U.S. government and the entertainment industry, they must pull off a series of dangerous heists to survive in a ruthless city in which they can trust nobody, least of all each other.

Grand Theft Auto V also comes with Grand Theft Auto Online, the dynamic and ever-evolving online universe for up to 30 players, and includes all existing gameplay upgrades and content released since the launch of Grand Theft Auto Online. Rise through the ranks to become a CEO of your own criminal empire by trading contraband or form a Motorcycle Club and rule the streets. Pull off daring co-operative Heists, enter adrenaline-fueled Stunt Races, compete in unique Adversary Modes or create your own content to play and share with the entire GTA community.