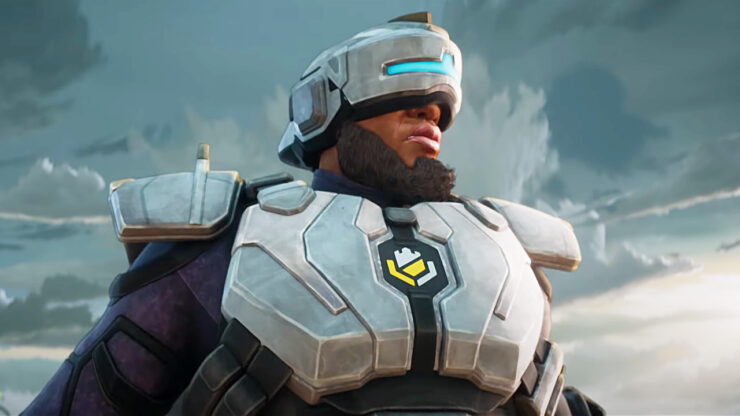 Since the game’s release in 2019, Apex Legends updates have been released like clockwork, with each new season including a new Legend to play as. But will that be the case forever? Most hero shooters or other live service games that rely heavily on characters eventually reach a point where trying to create something new and unique that slots into the game’s overall meta becomes increasingly difficult. It’s largely why games like Overwatch eventually stop releasing new characters at a regular pace. While that hasn’t happened to Apex Legends yet, it seems slowing the rate of new characters has been discussed at developer Respawn and Respawn Vancouver.

According to Apex lead character designer Devan McGuire it’s becoming more difficult to make Legends that are “unique, without being overpowered, or too niche,” and they may eventually reach a “breaking point” where regular seasonal character releases no longer makes sense…

Whether or not that pattern continues is an ongoing discussion, and it might not be changed, but we don’t want to saturate the pool [of Legends].

It’s certainly logical, although Apex Legends is probably still some ways from reaching that “breaking point” – the game only has 20 Legends at the moment (Overwatch currently has 32). At this point, most of the new characters being added to the game still seem to be fairly well-received, so big changes probably aren’t in order just yet. For now, the regular drumbeat of new Legends will continue on, with the upcoming “Saviors” season adding the new defensive character Newcastle amongst other features. You can get more info on him and the rest of Apex Legends’ upcoming season, right here.

Apex Legends is available now on PC, Xbox One, Xbox Series X/S, PS4, PS5, and Switch. The Saviors season launches on May 10. What are your thoughts on this? Would you be okay with the flow of new characters tapering off eventually?

The post Apex Legends May Get Fewer Characters in the Future if the Game Reaches a “Breaking Point” by Nathan Birch appeared first on Wccftech.