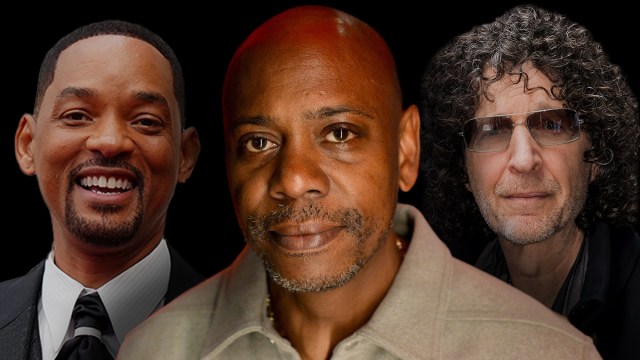 US radio personality Howard Stern has blasted “f—ed up Hollywood” amid a chorus of anger at the perceived double standard between the treatment of comedian Dave Chappelle’s attacker and the response to Will Smith’s infamous slap.

Chappelle, 48, was tackled on stage during his set at the star-studded Netflix Is A Joke festival at the Hollywood Bowl on Tuesday night.

The comedian was not injured in the attack and later returned to the stage with Jamie Foxx and Chris Rock to calm the crowd.

“Was that Will Smith?” Rock joked, a little over a month after being slapped across the face by the actor at the 94th Academy Awards.

Chappelle’s alleged attacker, identified as Isaiah Lee, 23, was taken to hospital after being forced from the stage by security staff and was later charged with assault.

Stern addressed the incident shortly afterwards during his widely syndicated The Howard Stern Show, criticising Hollywood for its apparent hypocrisy.

“As soon as that happened, did they let him go back to his seat and laugh and sit next to his wife and then give him an award? No,” he added.

Stern also spoke about a viral video of an injured man believed to be Lee being loaded into an ambulance.

“They broke his hands, his wrist, his arms, they f—en beat the shit out of him. But at the Academy Awards, the same exact thing happened and everyone came over and consoled Will Smith,” he ranted.

Smith went on to win the Best Actor award for his performance in King Richard.

“The audience at the Oscars gave Will Smith a standing ovation after the attack, that’s the truth. It’s on film, it’s not fake news,” Stern said.

“They didn’t break Will’s hands, they shook ‘em. And that’s wrong and they all should be ashamed of themselves.”

Chappelle performed as part of Netflix’s 11-day stand-up comedy festival, with the likes of Seth Rogen, Chelsea Handler and Conan O’Brien on the line-up.

In a statement to Variety, Chappelle’s production company said the comedian “refuses” to let the attack eclipse his performance at the festival.

“Dave Chappelle celebrated four nights of comedy and music, setting record-breaking sales for a comedian at the Hollywood Bowl … He refuses to allow last night’s incident to overshadow the magic of this historic moment,” the statement read.

“As unfortunate and unsettling as the incident was, Chappelle went on with the show.”

Netflix also released a statement, writing that it cares deeply about the safety of creators and defended the right of stand-up comedians to perform on stage without fear of violence.

Some criticised Smith for “setting the example that led” to Chappelle getting attacked on stage.

Author Brigitte Gabriel tweeted that she believes the attack never would have happened if Smith didn’t slap Rock.

Others were reluctant to feel sorry for Chappelle after he joked that his attacker was a trans man.

For some viewers, this only cemented his anti-trans position.

The comedian came under fire in October for comments he made in his Netflix special The Closer.

In it, Chappelle declared his support for Harry Potter author J.K. Rowling, who has been widely condemned for her transphobic takes.

He also stated that he is “Team TERF”, an acronym for trans-exclusionary radical feminists.

“The moment security protects him from the attack, he immediately jokes it was a transgender man (it wasn’t) — but it’s clear he will continue to put a target on trans people regardless.”

“Dave Chappelle was attacked on stage and the first thing he does is make a joke blaming trans people,” she wrote.

“Nothing about the Dave Chappelle attack was fun. The attack itself. The beatdown. The ‘trans man’ quip. The reaction on Twitter. It all just sucks.”