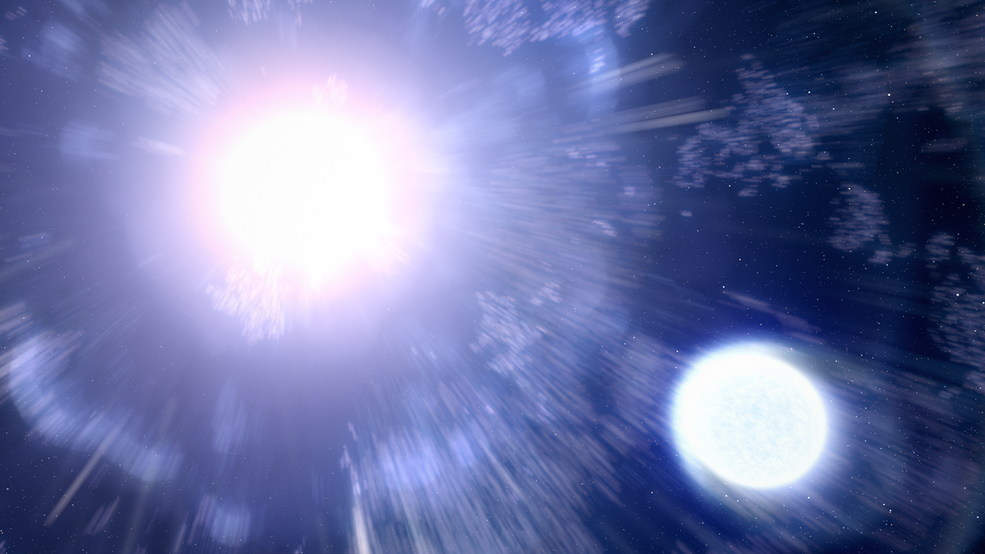 This is a tale of survival.

In the deep cosmos, the Hubble Space Telescope found evidence that a star remains after its companion star (they orbited each other) went supernova — an extremely powerful stellar explosion.

The exploded star, dubbed supernova 2013ge, jostled — but didn’t destroy — its nearby companion, explained NASA. Astronomers think that (unlike the sun) most stars have companions.

The graphic below illustrates what happened, in boxes 1-3. (The bottom row of boxes demonstrates what likely will occur next, ultimately showing two cores of exploded stars orbiting each other in box 6). 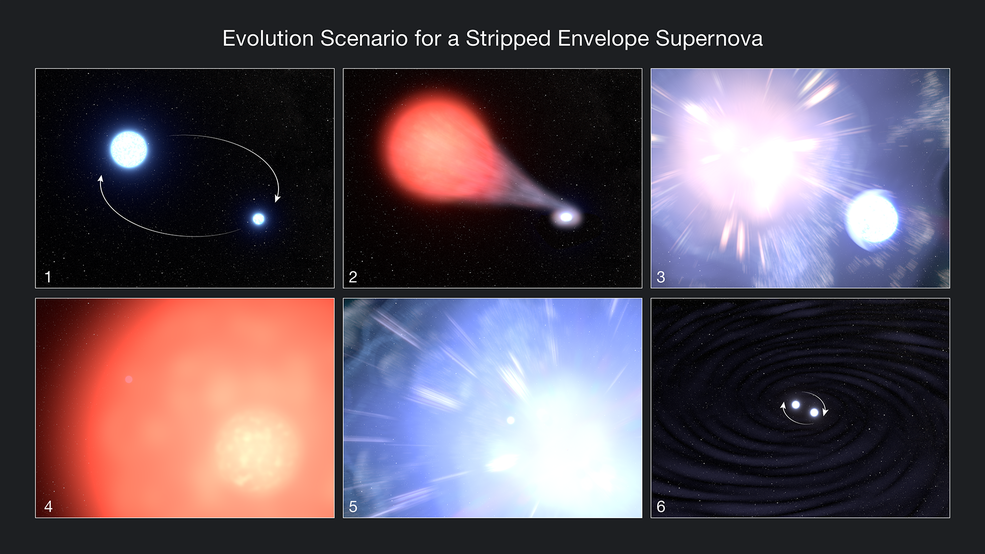 Astronomers already knew something unusual was occurring with this supernova. Telescopes usually detect one source of brightness from supernovae (the explosions). But supernova 2013ge emanated two “peaks” of brightness. Researchers suspected it was a shock wave hitting the companion star. Now, the latest evidence proves they’re right: As the explosion’s brightness wanes, they’ve spotted sustained light emissions from the secondary source, which they suspect is the surviving star.

The stellar survivor was jiggled like a bowl of Jell-O, astronomer Ori Fox, a Hubble researcher, told NASA. But the star will eventually settle back to its pre-explosion form.

After collapsing, the exploded star will transition into its new, extremely compact form. It will either become a neutron star (an object so dense that “a sugar-cube-sized amount of material would weigh more than 1 billion tons, about the same as Mount Everest!,” explains NASA) or a black hole (an object so dense and massive even light can’t escape it).

It’s possible the surviving star and its collapsed companion will continue to orbit one another. One day the surviving star will collapse, too. In the deep future, they could collide and create powerful ripples in spacetime, called gravitational waves. Here on Earth, astronomers have detected these cosmic ripples.

“With the surviving companion of SN 2013ge, we could potentially be seeing the prequel to a gravitational wave event, although such an event would still be about a billion years in the future,” Fox told NASA.