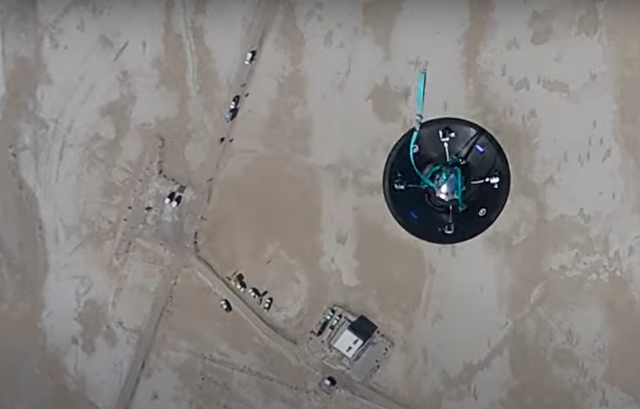 NASA is prepping for an ambitious extraterrestrial mission.

In concert with the European Space Agency, NASA plans to launch rock samples from Mars (currently being collected by the Perseverance rover) and send them to Earth, an endeavor aptly named the “Mars Sample Return Campaign.” The U.S. space agency recently tested a sturdy “aeroshell” that could one day drop to the desert floor with the precious Martian cargo.

In the video above, a helicopter drops the shell (aka a “Manufacturing Demonstration Unit,” or MDU) from 1,200 feet above the Utah Test and Training Range, a military site. It pummels into the ground without breaking apart, which was the plan.

“The MDU was very stable during descent — it didn’t wobble around a lot, and it landed successfully, in the sense that there was no structural damage and it survived impact as expected,” Jim Corliss, a Mars Sample Return chief engineer, said in a statement.

NASA hopes to return the precious Martian samples to the Utah desert, collected in tubes by the Perseverance rover, in the early 2030s.