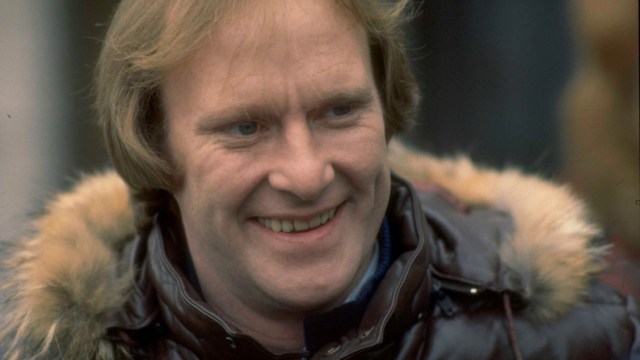 British actor Dennis Waterman, famous for his roles in TV shows including Minder, New Tricks and The Sweeney, has died aged 74.

Waterman’s family released a statement on Sunday announcing his death.

“We are deeply saddened to announce that our beloved Dennis passed away very peacefully in hospital in Spain on Sunday afternoon with his wife, Pam, by his side,” they said.

“The family kindly ask that our privacy is respected at this very difficult time.”

Waterman became one of the best-known faces on British television in the 1970s playing Detective Sergeant George Carter in the police series The Sweeney, before another iconic performance as Terry McCann in the hit comedy-drama Minder from 1979 to 1989.

He enjoyed more success in another long-running role in New Tricks, playing Gerry Standing, the retired Cockney detective sergeant, from 2003 to 2015.

Waterman also went on to star in popular comedies, On The Up and Stay Lucky. His last role in film was in Never Too Late in 2020, which was filmed in Adelaide.

Born in London in 1948, Waterman, the youngest of nine children, began his acting career at the age of 12 in a role for Britain’s Children’s Film Foundation, before joining the Royal Shakespeare Company.

He found fame in his teens, starring in BBC’s adaptation of Richmal Crompton’s Just William book series, William, in 1962.

In 2009, he starred in the BBC’s hard-hitting drama Moses Jones, a role which he said at the time he enjoyed because it cast him in a different light.

“I really enjoyed it, because it was a very different kind of character – and that’s important.

“On television in Britain, I’m sort of the cheeky chappie, everybody’s mate, but I’ve never played anything like that in the theatre.

“It’s strange that you get cast as different things in different parts of the media,” he told The Press Association at the time.

However, the star was not without controversy. Then wife Rula Lenska left him in 1998 amid claims he was a drunken perpetrator of domestic violence – which Waterman denied.

“She certainly wasn’t a beaten wife, she was hit and that’s different,” he told interviewer Piers Morgan.

British domestic violence charity Refuge was outraged at the comments.

“No one can make their partner hit them. However angry or frustrated Dennis felt, he could have chosen to deal with those feelings another way but he chose violence,” the charity’s then chief executive Sandra Horley said.

“He alone is responsible for his behaviour.”

Waterman also told Morgan: “It’s been suggested that I’m chauvinistic but I don’t think I am, I’m just… I think there is a place for women at home.”

He became well-known for singing the theme song for many of his shows, and was caricatured by David Walliams in the comedy series Little Britain as a result.

Waterman’s songs included the single I Could Be So Good For You – which was also the Minder theme. It hit No.9 on the Australian charts.

The hugely popular Minder was revived by Britain’s Channel 5 in 2009, but Waterman did not return for it.

His last film role was in Never Too Late in 2020, which was filmed in Australia.

Waterman’s extensive career also included numerous stints on the stage and he played Alfred Doolittle in a Royal National Theatre production of My Fair Lady, as well as starring in a tour production of Don’t Dress For Dinner.

“We are incredibly sad to hear of the passing of Dennis Waterman, an unforgettable actor who will be missed by us all,” the BBC said in a statement.

He was also part of the popular music tour, Friends On Tour, in which he took to the road alongside Sheena Easton and Gerard Kenny.

He is survived by his fourth wife Pam Flint and two daughters, Julia Waterman and Hannah Waterman, an actress best known for her role as Laura Beale in the British soap opera EastEnders.