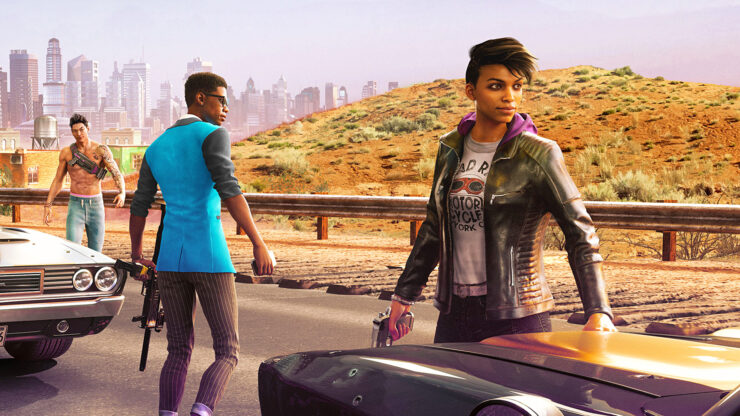 The new Saints Row has been somewhat divisive since being revealed, with a new more grounded art style bringing to mind a traditional Ubisoft or Rockstar-style open-world experience rather than mayhem of games past. Looks may be deceiving though – a recent customization showcase revealed plenty of opportunities for craziness, and new details from noted insider Tom Henderson further hint the new Saints Row will continue to play by its own rules.

Per Henderson, Saints Row will push action hard with a new “Flow” system. Basically, chaining together kills and destruction will earn you Flow, which can be used to activate various powerful abilities. Character and vehicle health will also be awarded depending on how much death and damage you deal out, encouraging aggressive play. Here are some of the abilities and passive perks available in the game according to Henderson…

Henderson also shares there will be a new fast-travel system, with players unlocking points by taking pictures of interesting things, drug stashes to find and dumpsters to search for goodies, and a wide variety of criminal ventures to delve into. Some of the latter will be typical stuff, but there will also be more creative jobs, like staging dead bodies to look like they died in accidents. Henderson also hints multiplayer may be on the post-launch table for Saints Row, but he isn’t sure on the specifics.

Of course, as with all rumors, take this all with a grain of salt. That said, if true, it sounds like Volition is really trying to combine the old-school wackiness of Saints Row with a more mainstream presentation. Hopefully, they manage to pull the trick off!