Sonos has just announced the Sonos Ray, a compact new soundbar aimed at someone looking to enhance their TV’s bad sound. And at under $300, it certainly seems like one to consider if you want better audio on a budget.

Available in both black and white, the Sonos Ray has two tweeters and two midwoofers — speakers that provide high and mid-range sound, respectively — as well as four Class D amplifiers. Designed to be tucked inside a home entertainment unit, the device forgoes side speakers for a purely forward-facing grille, unlike the Sonos Beam and Arc soundbars.

You can still pair the Sonos Ray with other Sonos speakers if you want to upgrade to surround sound. On its own though, the Sonos Ray is a very directional soundbar. Mashable got a brief preview of the Sonos Ray, and it certainly sounds richer if you’re sitting directly in front of it. Moving directly to the side of the soundbar results in a noticeable drop in sound quality.

Though if you’re standing so far to the side you probably aren’t watching the screen anyway, which may be a bonus if you’d rather ignore your roommate’s Fast and Furious marathon. The Sonos Beam is an excellent way to bring Alexa, and good sound, to your TV

The Sonos Ray’s small size also lends itself to being placed on a cabinet shelf, with the soundbar measuring just 22 inches long. This means it’s more suited to smaller televisions measuring 50 inches or less, which may make it an attractive option for apartment or bedroom televisions.

The soundbar connects to your television’s optical port, leaving your HDMI ports available for your gaming consoles, and has an infrared receiver that lets you consolidate control by syncing the soundbar to your TV remote. You can also stream music through the Sonos Ray as it connects to Apple Airplay 2 and WiFi, letting you pump your Spotify playlist.

Just like Sonos’ previous speakers, Sonos Ray will offer Speech Enhancement and Night Sound modes so you can adjust the sound mix according to your circumstances, as well as Trueplay Tuning, which evaluates how sound bounces off surfaces to tune your soundbar. It won’t benefit from Sonos’ newly announced Voice Control though, as the Sonos Ray doesn’t have a built-in microphone.

Still, the Sonos Ray looks like a reasonable option to consider for anyone curious about trying out their first soundbar. 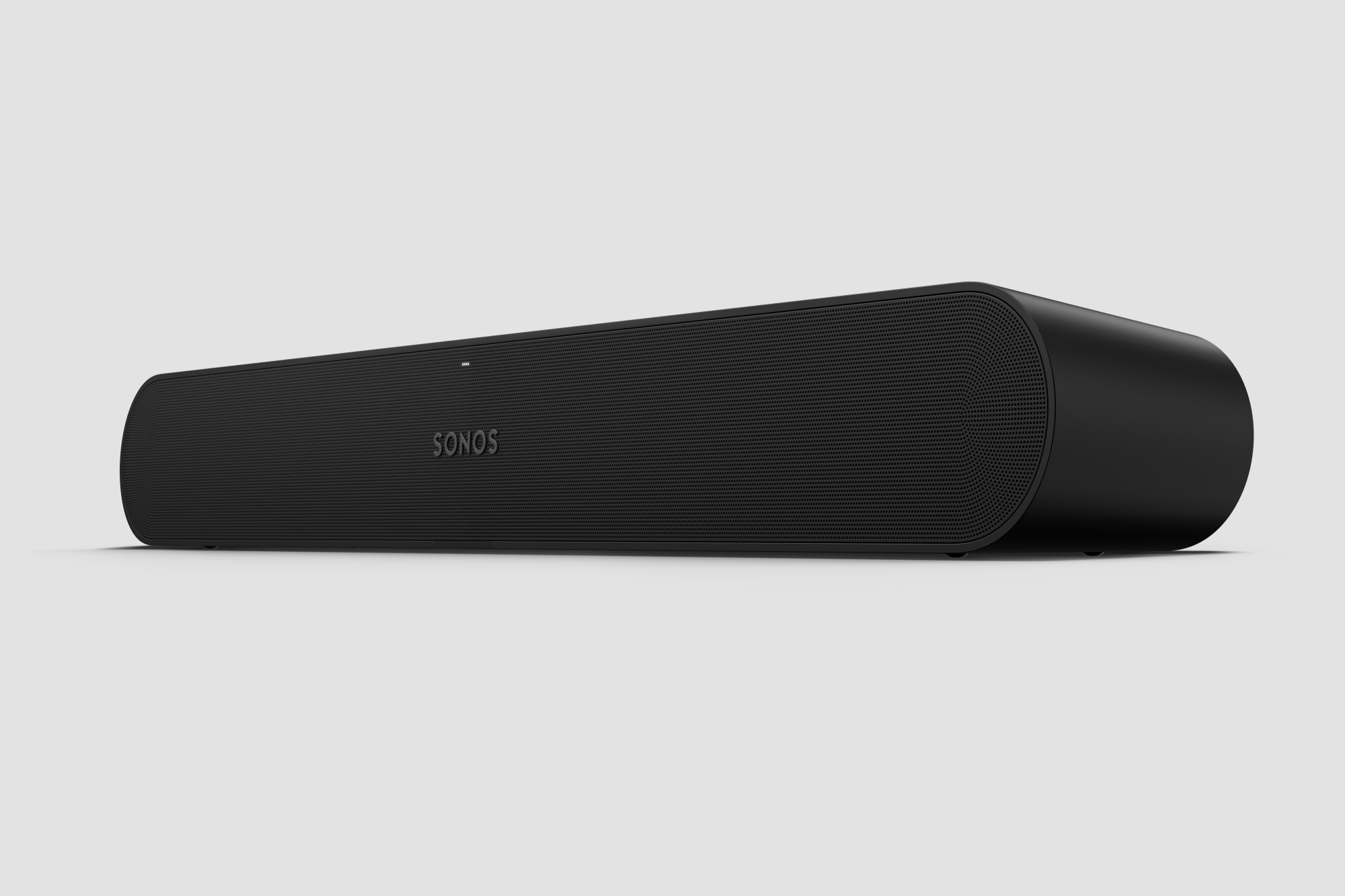 The Sonos Ray will come in both black and white.
Credit: Sonos

The Sonos Ray will be available globally from June 7 for $279.