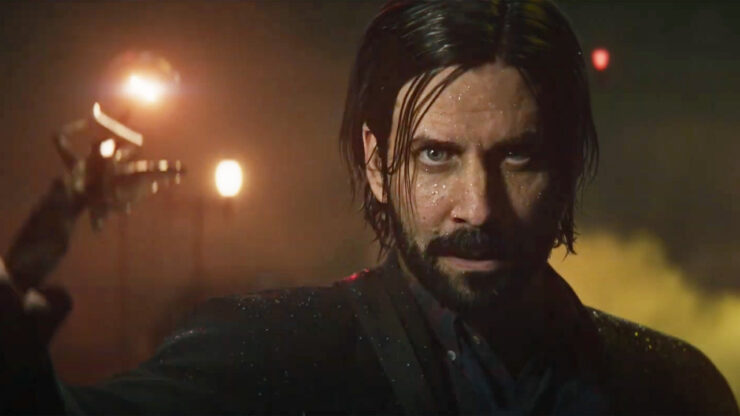 The Alan Wake series marks its 12-year anniversary this week, and to celebrate, Remedy Entertainment released a new video updating fans on all things Wake, including the upcoming sequel, TV series, and more. You can check it out for yourself, below.

Regarding Alan Wake 2, it’s a bit of a good new, bad news situation. According to creative director Sam Lake, development of Alan Wake 2 is going well, but we won’t be seeing any new trailers or gameplay this summer. Remedy did drop a few new pieces of concept art though, which you can check out in the gallery below (click the images for full resolution).

Everything with Alan Wake 2 development is going really well. We are deep in production, have a lot of material, and a great deal of the game is playable, But we’ve been talking for the past couple of months and have come to the decision here at Remedy, along with our wonderful publisher Epic Games, that we will not be showing anything big this summer.

To create a proper, polished demo or a trailer takes a lot of effort, and it’s several months of work that could take away from development. We feel that we have momentum going, and we want to make sure we are creating the best, and first, survival horror game for Remedy. We don’t want to take the team away from that focus, so we’re going to keep going and making a great game experience, and unfortunately, you’ll have to wait a bit longer for a demo and trailer.

In other news, the previously announced Alan Wake TV series is officially teaming with AMC, the channel behind acclaimed hits like The Walking Dead, Mad Men, and Better Call Saul. Oh, and those who want some chills on the go, Alan Wake Remastered is coming to Nintendo Switch this fall.