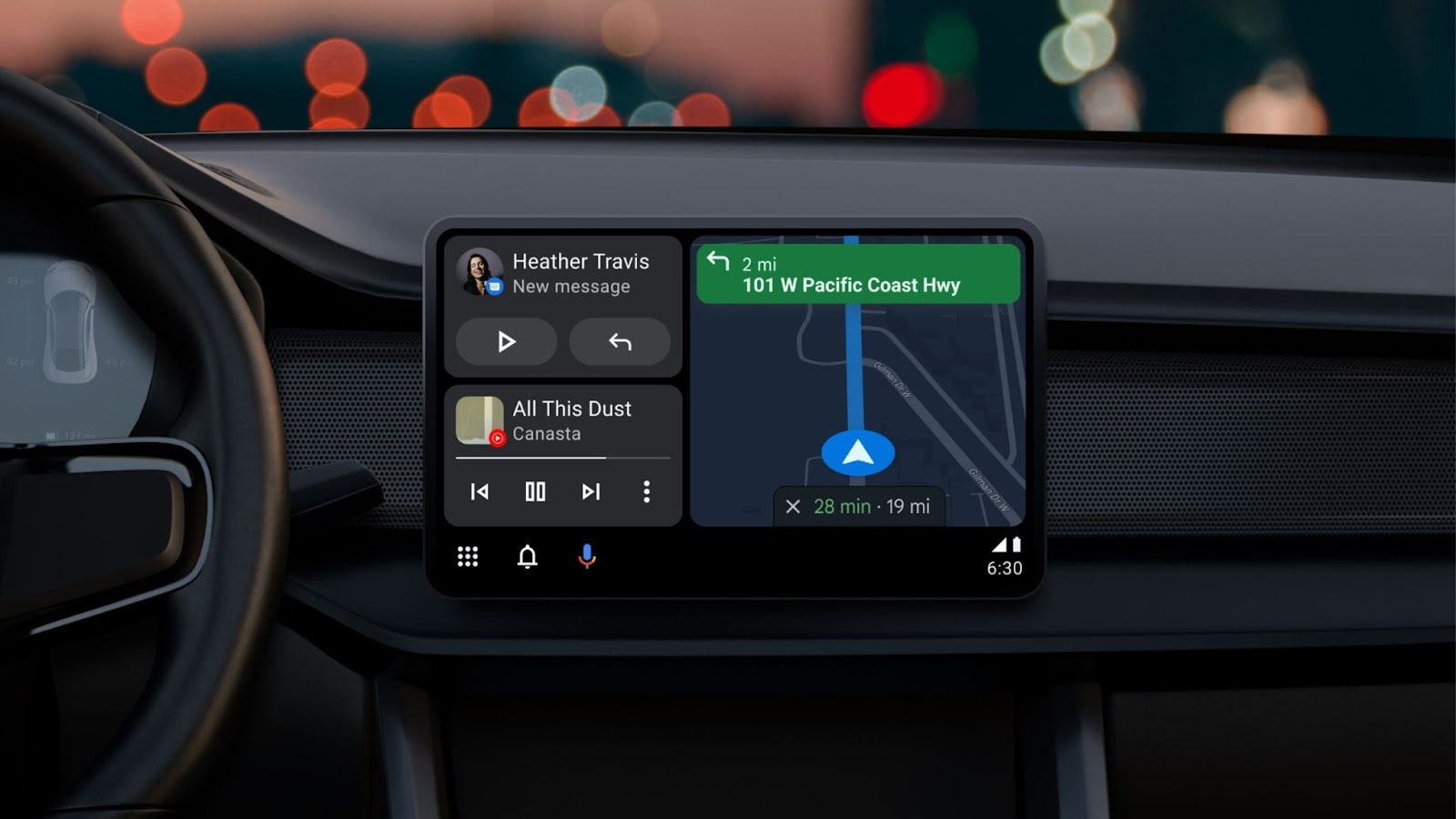 Google’s Android Auto is getting a new interface that should look good on any car’s infotainment display, no matter the size.

Google announced the news on day two of its Google I/O 2022 conference, outlining the changes in two blog posts and a video aimed for developers.

For users, the biggest change will be the new interface, which Google says will focus on three main functionalities that people use the most: Navigation, media, and communication. The new interface will have a split screen mode by default, and it should work well in any car, adapting well to both vertical and horizontal displays.

The idea is that you can access most commonly used features without browsing through menus or lists of applications; the most important stuff should always be available on the display.

Other new features include deeper integration with Google Assistant, which will now offer suggestions for what you may want to do next depending on the current situation. This includes features like suggested replies to messages, or playing recommended music. And if you prefer not to use voice communication to invoke Assistant, you’ll now be able to quickly message and call favorite contacts, as well as reply to messages, with a single tap on the display.

Cars that have Google capabilities built-in, such as Polestar, as well as some Renault, Volvo, and Chevrolet models, are getting additional perks. These include new video streaming apps, including Tubi TV, and Epix Now. Google also says it’s working on a feature that will enable uses to cast their own content from their phone to the car’s display.