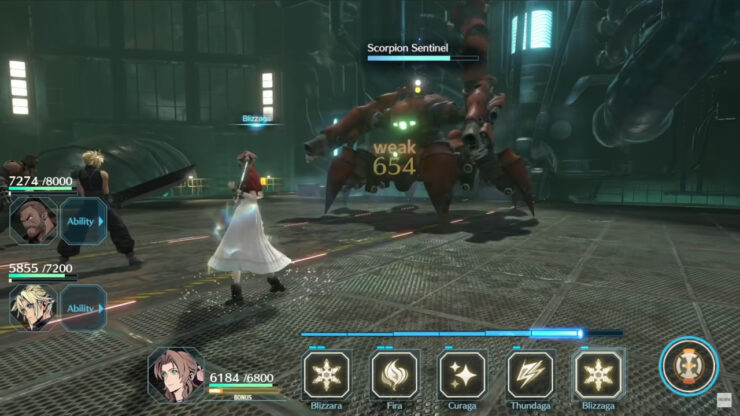 Final Fantasy VII continues to be the series entry that Square Enix seems to be the most fixated on, excluding the MMOs. The remake had a second version called Remake: Intergrade, which marked the game’s release on PC and PS5 and added a DLC episode for player character Yuffie. Given everything going on with Final Fantasy, one could be forgiven when it comes to Final Fantasy VII: Ever Crisis.

Suppose you don’t remember what that is, well. In that case, Ever Crisis is a mobile game that’s going to be released on iOS and Android. It’s meant to retell the story of Final Fantasy VII and its related material (being Dirge of Cerberus, Before Crisis, Crisis Core, and Advent Children).

In terms of game development and announcements, the game’s been relatively quiet. Especially given Square has been giving time to Final Fantasy XVI’s development, selling studios, and getting into hot water with their fans.

Anyways, none of that’s what’s going on today. Final Fantasy VII: Ever Crisis finally has a release window, and it’s in Q3 2022. When exactly, you might ask? Well, you can refer to the tweet below for that.

According to the president of CyberAgent, Final Fantasy VII Ever Crisis is scheduled to be released by the end of September 2022! #FF7 https://t.co/IAg2j8EOiJ pic.twitter.com/3hybhTs7S6

Final Fantasy VII: Ever Crisis now will be released towards the end of September 2022. Or, rather, its first Episode. Yeah, much like VII Intergrade, the game will be episodic, but thankfully, you won’t have to pay for those episodes. No, this game keeps the lights on through its gacha elements, mainly in the form of weapons for characters and costumes. Much like Dissidia Final Fantasy: Opera Omnia.

Something notable about Ever Crisis’ release is that it’s the first time, in an official capacity, that the West will be able to see the events of Before Crisis, which ties into VII’s overall mythos and lore. We’ll continue to update if more news comes out for this title. Final Fantasy VII: Ever Crisis will be releasing this September on iOS and Android devices.

The post Final Fantasy VII – Ever Crisis to be Released in Late September by Ule Lopez appeared first on Wccftech.