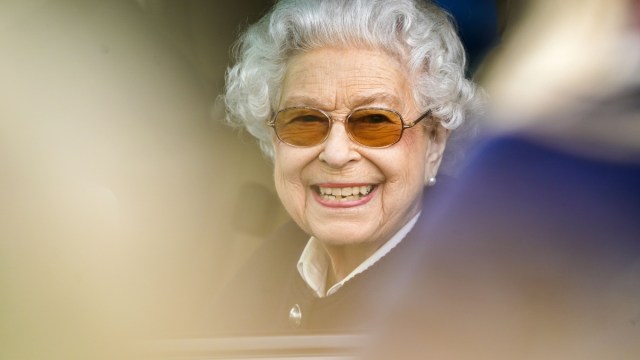 A smiling Queen has attended the Royal Windsor Horse Show to watch her animals take to the parade ring.

It is the first time she has been seen in public since March – when she joined other royals and dignitaries at Westminster Abbey for a memorial service for her husband, Prince Philip.

The 96-year-old was driven on to the showground in a Range Rover on Friday (British time).

It came just days after she missed the state opening of Britain’s parliament for only the third time in her 70-year reign. Son Prince Charles, his wife Camilla, and his son Prince William appeared for her, with Charles reading the official speech.

Buckingham Palace said the decision not to attend was due to her “episodic mobility problems” and it had been made “in consultation with her doctors”.

That absence had sparked more fears about the monarch’s health – as well as speculation she would skip the annual show. It is one of the highlights of her year, and held on the grounds of Windsor Castle, where the Queen now spends most of her time.

On Friday, she sat in the front passenger seat of the vehicle, casually dressed in a white blouse and a blue cardigan-style top and wearing sunglasses.

As the Range Rover pulled up near the parade ring, the Queen surprised a small ground nearby – thought to be officials from the show. She chatted with them through the open car window.

She appeared relaxed, smiling and laughing as she chatted, while just a few feet away dozens of photographers tried to capture the moment.

Inside the parade ring, horses were put through their paces as classical music was played over the public address system.

One of the monarch’s horses Balmoral Leia, a five-year-old mare, was announced as a supreme champion in the Highland Class 64 event. The same horse later beat other breed champions to be named winner in the Horse and Hound Mountain and Moorland Supreme in Hand Championship.

Dozens of show attendees were also keen to have a memento of the occasion, holding up camera phones to record their glimpse of the monarch.

The Queen later joined her son Prince Edward and his wife Sophie, the Earl and Countess of Wessex, to watch their daughter, Lady Louise Windsor in a carriage display marking the centenary of the Fell Pony Society.

The monarch was spotted walking into the area wearing a headscarf and using her stick.

The Queen marked her platinum jubilee in February, overcame a bout of COVID after testing positive that month, and celebrated her 96th birthday on April 21 privately at her Sandringham estate.

Last October, she spent a night in hospital and over the following three months was under doctors’ orders to only conduct light duties so missed several prominent events.

Recently the palace said the Queen would miss all of this year’s royal garden parties due to her mobility issues. The parties – which are attended by up to 30,000 people a year – have returned for the British summer after a two-year absence due to the pandemic.

The Queen has used a walking stick in public since attending a service marking the centenary of the Royal British Legion last October.

The Windsor horse show opened on Thursday and runs until Sunday. It traditionally attracts thousands of equestrians and enthusiasts to the grounds of Windsor Castle.

It was first staged in 1943 and hosts international competitions in show jumping, dressage, driving and endurance.