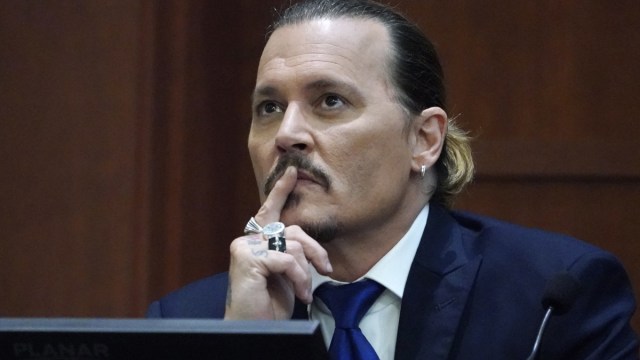 Johnny Depp is heading back to court following his high-profile victory against Amber Heard, facing a civil suit for assault.

The former Pirates of the Caribbean actor returns to court in July, after a contentious six-week libel trial with his ex-wife, over alleged physical altercations dating back to 2018.

This time Depp is embroiled in an assault lawsuit filed by City of Lies location manager Gregory Brooks, who accuses the star of punching him twice on set and inflicting “physical pain” and “emotional distress”.

Depp, who won $US10 million ($14 million) in damages in his defamation lawsuit against Heard, will again be represented by lawyer Camille Vasquez.

Brooks claims he and Depp were involved in a heated argument during filming in 2018, when the actor — who “reeked of alcohol” — became physically and emotionally abusive.

In court documents obtained by US media, Brooks states Depp punched him twice in the ribcage and became verbally aggressive, after he informed the actor they were running out of time to complete filming scenes.

Brooks claims Depp offered the location manager $100,000 to punch him in the face.

The suit states Depp’s bodyguards had to physically remove him from the scene.

Depp’s lawyers responded to the lawsuit saying he was “provoked” and that he acted “in self defence” after Brooks made him feel “unsafe”.

Depp’s defence is scheduled to begin at the Stanley Mosk Courthouse in Los Angeles on July 25.

It is unclear how much Brooks is suing Depp for, or if the Hollywood actor will appear in court.

Meanwhile, ex-wife Heard has sat down with NBC News in the US for an exclusive sit-down interview with Today co-host Savannah Guthrie in her first post-verdict interview.

More than two weeks after the verdict, Heard said she didn’t blame the jury that awarded Johnny Depp more than $US10 million.

“I actually understand. He’s a beloved character and people feel they know him. He’s a fantastic actor.”

Depp sued Heard for libel in Virginia over a December 2018 op-ed she wrote in The Washington Post describing herself as “a public figure representing domestic abuse.” His lawyers said he was defamed by the article even though it never mentioned his name.

The verdicts brought an end to a televised trial that Depp hoped would help restore his reputation. Instead it turned into a spectacle that offered a window into a volatile marriage and both actors emerged with unclear prospects for their careers.

Heard was also awarded $US2 million ($2.9 million) over her claim that one of Depp’s lawyers defamed her.

The post Johnny Depp to return to court appeared first on The New Daily.