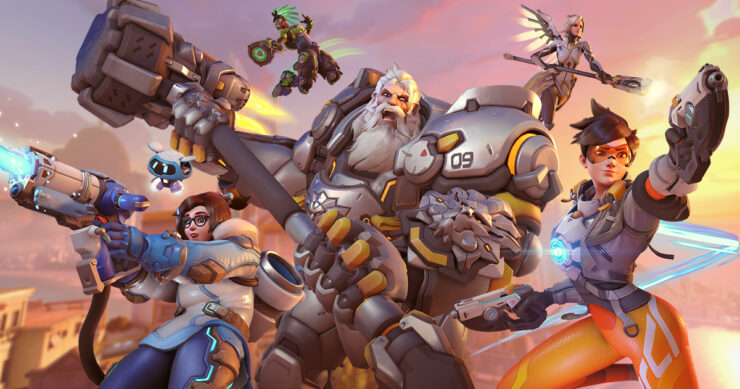 Last time on Overwatch 2’s updates, the team at Activision Blizzard revealed some big changes coming to the next installment of the hero shooter series; first off, that the title is going free to play, and secondly, that it’ll drop this October. In the same Xbox Games Showcase stream, Blizzard also mentioned that there’s an upcoming beta for Overwatch 2 at the end of this month.

That second bit is the bigger point of contention tonight, as Blizzard aired an Overwatch 2 livestream meant to talk about the upcoming beta and content in the future. So, let’s break it down. The team revealed a roadmap of how they plan to handle content updates, with each content drop following a Seasonal format.

You may think of Fortnite, Destiny 2, or Apex Legends when that’s said, and yeah, Overwatch 2 will have nine-week Seasons starting on October 4th (the game’s Early Access date). Each Season will add new heroes, new maps, dozens of new skins throughout the seasons, and more, depending on the Season. They detailed the first three seasons below:

Here’s a breakdown from the game developers in video form:

It’s humorous to consider that PVE missions, one of the big draws for the next game, won’t even be here until multiple months after launch, but there’s probably a good reason behind that. Regardless, some could say that Overwatch 2 will not be officially “launched” until 2023 while everyone just waits in PvP.

Anyways, onto the Beta and Founder’s Pack. For $39.99, players can purchase the Founder’s Pack, which gives them beta access, unique skins and profile icons, the Season 1 Battle Pass, and Overwatch: Legendary Edition (if you don’t already have it). The beta will begin on June 28th, and sign-ups are open at Blizzard’s Overwatch 2 website.

Other information relating to this update regards massive changes to the Competitive playlist (think of it like Ranked). Instead of a Skill Rating going up and down based on wins and losses, the game splits its tiers into five of each tier (think Platinum III, for instance), and any rank changes will occur after seven matches, rather than after each individual game. More details will be revealed at a later date.

Overwatch 2 will release on October 4th, 2022, for PlayStation 5, Xbox Series, PlayStation 4, Xbox One, Switch, and PC via Battle.net.