Recently, Intel published a guide for the company’s desktop Arc desktop graphics cards and showed that Resizable BAR is a requirement for the component.

Resizable BAR is a requirement for Intel Arc desktop graphics cards, which the company confirmed support for three product lines of CPUs

Rumor has it that AMD platforms, in general, will be “unofficially” supported, reports the website VideoCardz. Resizable BAR will also help any systems offering AMD Smart Access Memory. 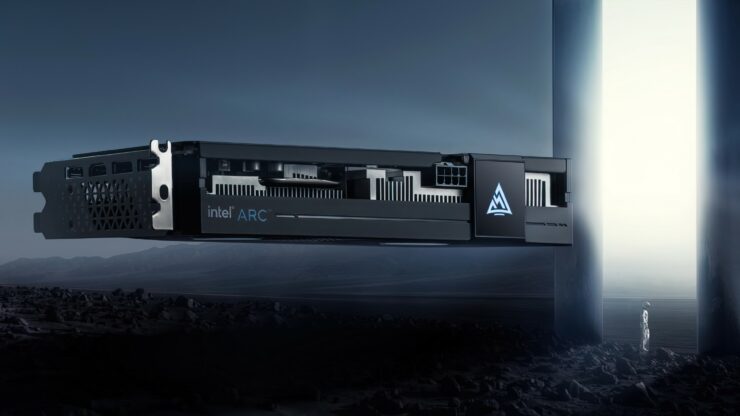 An exciting addition to the guide is that Resizable BAR is required for this support. Resizable BAR allows for the full graphics frame buffer to be available to the CPU immediately, which is something that would draw a small amount of power. Now, the system would obtain all the power needed from the processor. With this new requirement, when textures, shaders, and formulaic data are loading more speedily, games, in turn, would also process faster but with better and more efficient frame rates. 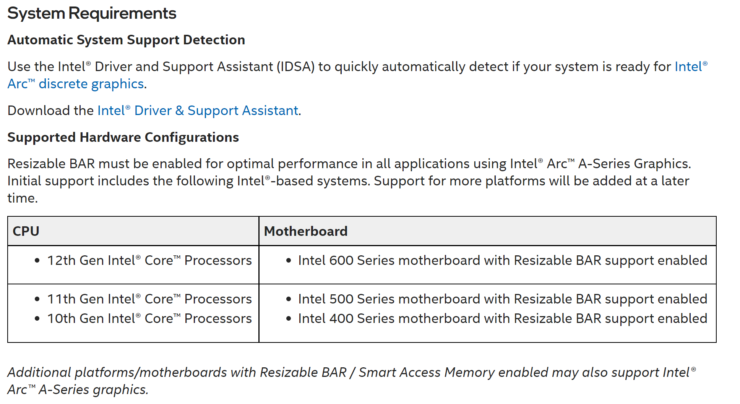 Intel explains that it is a crucial feature to offer top-of-the-line performance for all software and applications but has been silent about how the company’s Arc GPUs would work without Resizable BAR.

Once reviewer groups obtain the new Arc A380 GPUs, one can only hope they will start the Re-BAR technology to show its positive support for gaming and power use. It would fare that Resizable BAR would be a standard supported by all desktop computers in today’s world. A lot of PC users do not have the feature activated.

Currently, the Intel Arc A380 desktop GPU is only released in Chinese markets, but we should expect the Intel GPU in other global markets.