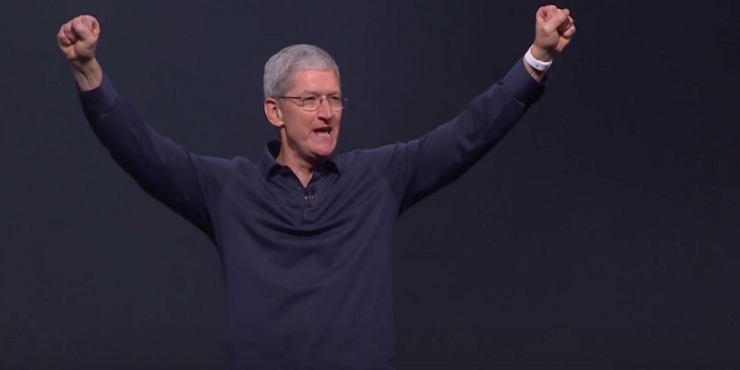 Cupertino, California based consumer electronics giant Apple, Inc surged ahead to take the top spot in personal computing devices that use chipsets with British chip design house Arm Ltd’s technology. Apple shook the computing world in 2020 when it announced a highly anticipated decision to start using custom processors for its notebook lineup. Apple is the only company in the world that had used self-designed systems on chips (SoCs) on its smartphones at the time, and the shift to Arm for the MacBook lineup indicated the company’s design strength and confidence with its own technologies.

Now, with more than a year having passed since the pivotal shift to Arm, the results are out, and research firm Strategy Analytics reveals that Apple dominated the market of personal computers that use Arm processors. Other gadgets, apart from Macbooks that use these processors are Google’s Chromebooks which use Qualcomm Incorporated’s Snapdragon lineup alongside processors from the Taiwanese firm MediaTek.

Strategy Analytics’s report came out earlier this week and it took a broad look at the state of the Arm-based mobile computing market. While processes based on the company’s designs have recently made inroads into the personal computing market, its strength always has been smartphones and other associated gadgets. This is due to the fact that Arm’s technologies focus on low power consumption, which is a necessity for handhelds and other small form factor devices due to constraints with battery technology.

American chip giant Qualcomm Incorporated is the largest player in the global smartphone industry due to its Snapdragon processor lineup. Qualcomm’s chipsets are used by most of the world’s smartphones, by many different companies, and given Korean chaebol Samsung’s problems with its own smartphone processors, the company is set to play an even stronger role in the future.

Today’s report outlines that, as expected, Qualcomm continued to dominate the smartphone industry. Strategy Analytics states that in 2021, Qualcomm commanded 34% of the global smartphone market share by revenue, and Apple came in second place with a 31% share. This is despite the fact that Qualcomm ships more processors by volume, but since Apple sells its devices at higher prices, it is able to earn more revenue from a fewer number of sales.

However, while the Cupertino firm lagged behind by only a handful of percentage points in the smartphone market, its dominance in the personal computing segment was absolute. Strategy Analytics shared that when we zone in on the market of personal computers that use Arm processors, Apple had a whopping 90% revenue share, with Qualcomm capturing a barely existent 3% share. The research firm also outlined that its success with the M series Arm processors has let Apple secure a multi-year advantage over its rivals.

Crucially, Mr. Kundojjala’s report also revealed that the Arm based personal computing market for laptops was larger than the market for devices that use traditional x86 processors. This growth has resulted in renewed interest in Arm, which continues to see several big players eager to acquire the company.