NVIDIA unveiled the Grace SUPERCHIP earlier this year, ensuring a high-powered Arm-based chipset that would rival AMD and Intel’s x86 HPC (High-Performance Computing) presence. HPC Wire now reports that NVIDIA signed a $160 million contract to assist with the supercomputing hardware for the MareNostrum 5 system installed as part of the EuroHPC JU initiative.

The location of the new venture will be in Spain at the Barcelona Supercomputing Centre (BSC) and will begin operating by next year.

MareNostrum 5 is expected to offer 314 Petaflops of FP 64 computing power performance levels between computer and graphics processor accelerators. Additionally, another 200 Petabytes of storage will be used for in-access workloads, and up to 400 Petabytes will be used for cold storage. It is anticipated that the MareNostrum 5 will hold the Petabyte node used in a NAND-based storage subsystem that will need to reach swift levels. At the same time, the cold storage node will utilize HDD topologies that are older and more cost-efficient. The cold storage node is also active storage, using critical data not typically accessed. 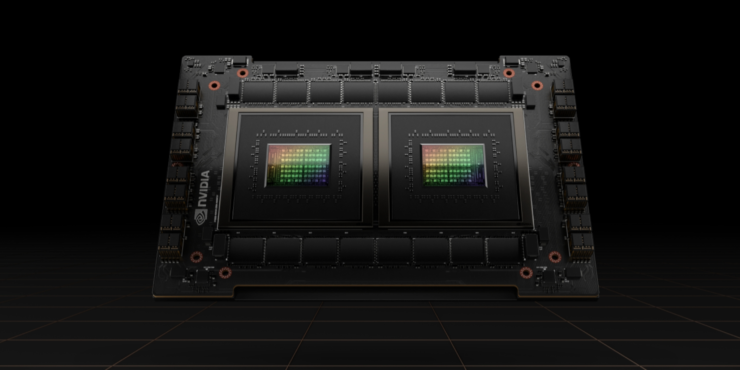 The new Arm-based Superchip system will use the NVIDIA Grace 144-core chips configured in dual-chip settings and combined with the H100 dGPU accelerators, showcasing 80 billion transistors each with 3.2 TB/s bandwidth and 80 GB of HBM3 memory. In turn, the MareNostrum 5 should transmit over 18 Exaflops of artificial intelligence acceleration and potentially be the most efficient AI supercomputer in the European Union.

Atos, the company behind the MareNostrum 5, will also utilize the Quantum-2 InfiniBand software-defined networking to stabilize the company’s BlueField data processing units, all parts communicating at lower latency levels with a much higher throughput of 400 GB/s. This output in performance is similar to the same in Cray’s Slingshot interconnect.

The acquisition of MareNostrum 5 will enable world-changing scientific breakthroughs such as the creation of digital twins to help solve global challenges like climate change and the advancement of precision medicine. In addition, [BSC] is committed to developing European hardware to be used in future generations of supercomputers and helping to achieve technological sovereignty for the EU’s member states.

Website The Next Platform projects that the MareNostrum 5 could deliver up to 4,500 H100 accelerators or 270 petaflops of FP64 boost from the Tensor Cores on the Superchips. The final 44 Petaflops of performance of FP64 would come from the NVIDIA dual-CPU systems. Each NVIDIA Grace chip will offer 3.84 teraflops of execution, equaling up to 5,730 dual-layered Grace modules.

Get 83% off this guided meditation and sleep assistance lifetime subscription

admin - August 5, 2022 0
One of the most anticipated Galaxy A series phones, the Galaxy A23 5G is likely to be introduced soon after the Galaxy Z Fold...