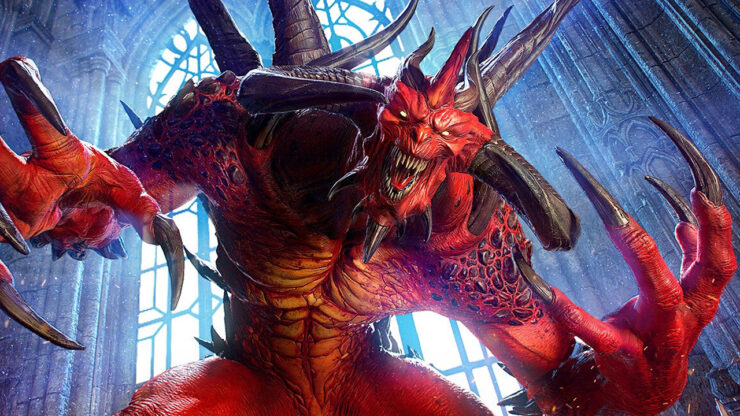 Diablo II: Resurrected is slated for another update this week. Patch 2.4.3 will largely focus on online functionality, which will include more options for finding other players and modifying games, particularly on consoles, and backend improvements that should give you far more games to choose from. A number of quality-of-life tweaks and improvements are also being rolled out. You can check out the full list of new features included in update 2.4.3, below. 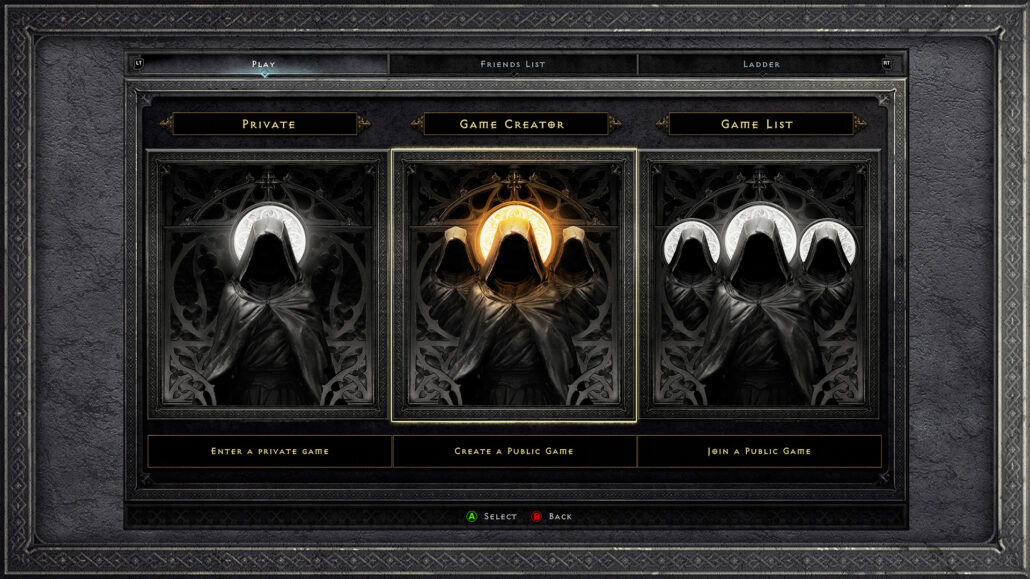 One common issue among players is that their Game List did not populate with enough games, even when they felt it should have. When you create a game in D2R, it gets hosted on one of many game sites in your region. Prior to ladder’s launch, the Game List would only populate with games from just one single game site in your region—whichever you had the best connection to. This was done to preserve a high-quality gameplay experience in any game you may join through the lobby, but we found our criteria to be overly aggressive. When ladder launched, we expanded this to provide players games from up to three game sites. This helped players see more games in their Game List without a cost to connection quality, but players still weren’t seeing enough games.

We’ve decided to broaden it even further in Patch 2.4.3. Now, any number of game sites in your region that you have a strong enough connection to can contribute to the results in your Game List. To provide even more options for those looking to join a game, we’ve also doubled the maximum number of games that can appear in the Game List at a given time from 20 to 40. Plus, we’ve fine-tuned game details to refresh in almost real time. These improvements have been applied to both console and PC lobbies.

Following the successful launch of Ladder Season One, the team has turned their focus to features that required the most attention. Console Party Finder was the top item on our list by a large margin. Patch 2.4.3. brings multiple improvements to the console multiplayer experience, providing new and improved ways to create and find games by replacing Party Finder with Game Creator and Game List.

Three Options Lie Before You:

Game Creator will equip you with the ability to quickly create the type of game you desire. To aid you in doing so, all previous game categories that were available in Party Finder have returned in the Game Creator. Selecting and confirming one of these game categories will generate a pre-made name for your game, accompanied by an assigned number—this is to prevent games with duplicate names from being created. Level Difference, which was previously only available as a Game Creation option for PC players, has been added as a game creation option. 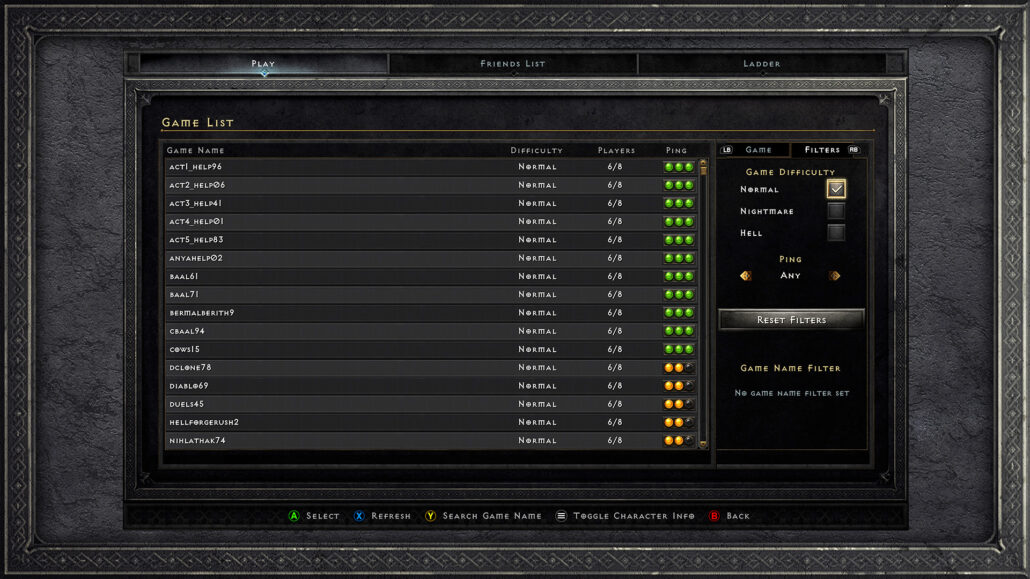 Selecting the “Game List” button will display up to 40 matching games created by other players that your selected character is able to join. To aid in finding specific games, you can use the search feature to locate a specific game or filter games displayed using keywords. Within the filtering options you can set the following parameters:

We want Multiplayer lobbies to be the bridge to many hours of slaying demons, collecting loot, and memorable moments with friends. Unfortunately, many players have experienced difficulties in finding specific types of games they would like to join. To solve this, we added a search functionality in the lobby—specific keywords or game names can now be typed in to return a list of games based on that search term.

Of course, Diablo II: Resurrected ver. 2.4.3 also includes a variety of bug fixes. If you need to know about those, here are the full, unabridged patch notes.

Diablo II: Resurrected is available now on PC, Xbox One, Xbox Series X/S, PS4, PS5, and Switch. Update 2.4.3 is available on June 29. From June 30 to July 4, Blizzard will be offering a 50% buff to Magic Find, which will make Magic, Rare, Set, or Unique loot easier to find.