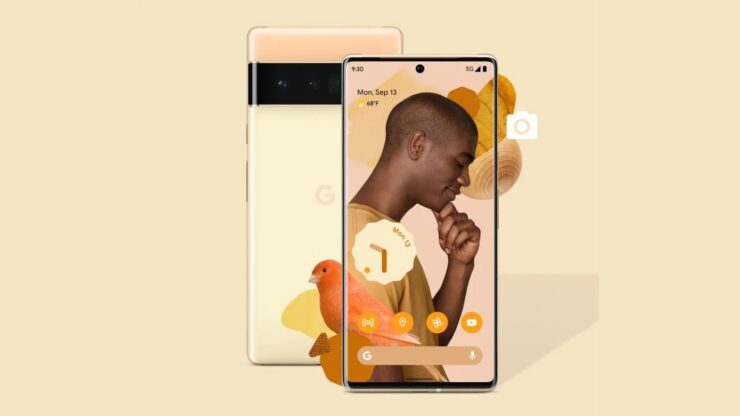 New features arriving to the Pixel 7 and Pixel 7 Pro were found in the latest update to the Google Camera app, which was version 8.5. More emphasis will be given to Google’s upcoming non-Pro model because last year, the Pixel 6 was left out for some unknown reason.

With a little digging-around process called decompilation, 9to5Google managed to find some useful information in the APK file belonging to the latest Google Camera app. Various lines of code provide evidence concerning the selfie camera arriving to the Pixel 7 and Pixel 7 Pro. More information will no doubt become available, but as of right now, this is what we have right now.

The Pixel 7 and Pixel 7 Pro both being able to record 4K footage from the selfie camera means the lineup will be slightly different than what Google came up with last year. For those that do not know, the regular Pixel 6 only supported 1080p video recording from the selfie camera with its 8MP sensor, while the Pixel 6 Pro could record 4K footage through its 11.1MP unit.

The code found in the Google Camera app tags the Pixel 7 and Pixel 7 Pro with ‘p21_front_setup’ was previously reserved for the Pixel 6 Pro, suggesting that the upcoming handsets may ship with the same sensor as Google’s top-tier flagship from 2021. While that is not a downgrade and helps Google save costs by reusing older hardware, we should see imaging improvements fueled by the second-generation Tensor chip. It is not a new strategy where companies reuse imaging hardware but up the quality using clever software tricks.

Furthermore, we are not aware of the framerate limit for recording 4K footage from the selfie camera, but if the sensor is coming straight from the Pixel 6 Pro, it could remain at 30FPS unless Google decides to step things up. Though the advertising giant previewed the Pixel 7 and Pixel 7 Pro earlier during its I/O 2022 keynote, there is lots that we do not know about these smartphones yet.

Fortunately, before their official release sometime in Q4 2022, we will get to know more about these two, but for now, check out the links below.