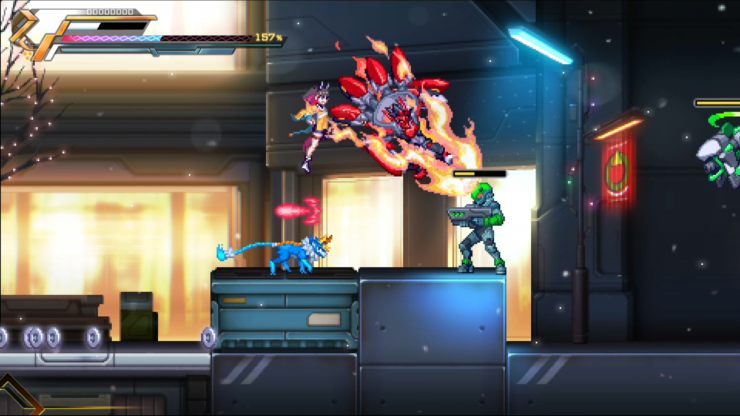 Azure Striker Gunvolt is finally coming to the Xbox family of consoles. Inti Creates has announced today that all 3 titles in the Mega Man Zero-like series are going to make their debut on the Xbox platform. As such, Xbox players will be able to experience this series that started in 2014 and have the entire collection.

The games will be distributed across the next three months. Azure Striker Gunvolt will be available today on Xbox One and Xbox Series X|S. Meanwhile, the sequel will hit both platforms come July 14. Finally, the third game in the series will be available on August 2. Each game will also see a 10% discount to celebrate the new game launches. 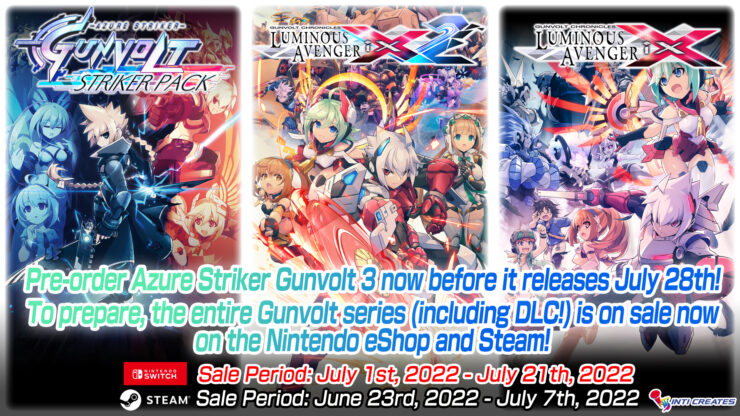 Additionally, Nintendo eShop pre-orders have opened for Azure Striker Gunvolt 3. The game’s July 28 release date is just around the corner and the eShop pre-orders will open tomorrow June 30. Players who pre-order the game before July 28 will be able to get a 10% discount on the launch prcie of $29.99.

Additionally, the entire Gunvolt collection has been discounted on both Nintendo eShop and Steam. Players will be able to complete their entire Gunvolt catalog with everything in the series reaching discounts of up to 50% off. Yes, that also includes DLC. Azure Striker Gunvolt 3 will be available on Nintendo Switch, Xbox One, and Xbox Series X|S on July 28, 2022.