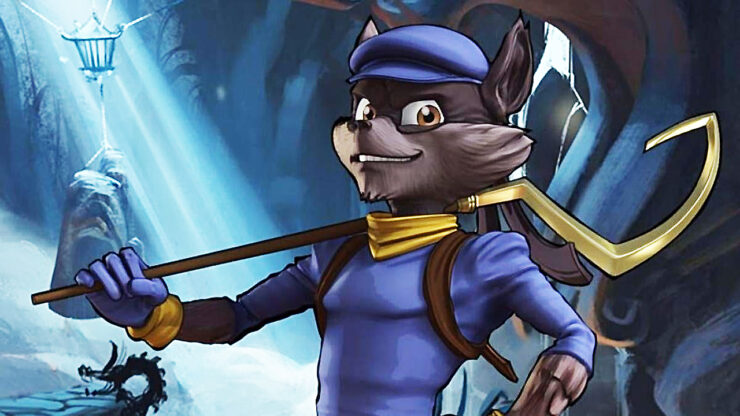 Rumors have been percolating for months now that we may soon see the return of classic Sucker Punch franchises like InFamous and Sly Cooper, but it seems, in this case, the “insiders” were wrong. Today Sucker Punch provided a disappointing update, stating in no uncertain terms that there are no InFamous or Sly Cooper projects in the works at the studio. Or any other studios, for that matter. That said, it’s not all bad news, as Sucker Punch has committed to keeping InFamous 2’s user-generated content servers running and making the InFamous Second Son “Cole’s Legacy” DLC, previously tied to the game’s Collector’s Edition, available to everybody. It’s not much, but it’s something I guess.

As we approach 25 years since Sucker Punch first opened, we’re proud to look back on the legacy of characters and stories we’ve created, from Rocket: Robot on Wheels to Sly Cooper and InFamous, and most recently Ghost of Tsushima.

As our games continue to grow in scale and complexity, they require the full attention of our studio. With our focus on our current project, we have no plans to revisit InFamous or Sly Cooper right now, and no other studio is currently working on projects related to those franchises either. These characters are very special and near and dear to our hearts, so while we’d never say never to re-opening those doors down the road, for now there are no InFamous or Sly Cooper games in development.

We’ll be performing maintenance on InFamous 2 UGC servers soon to move them to a new home that will keep them up and running a bit longer. We will eventually need to sunset these, but want to keep them running for as long as possible for players who are still active. We’re also working to put Cole’s Legacy DLC for InFamous Second Son (which was previously only available as part of the Collector’s Edition) on PlayStation Store in all territories for anyone who missed it.

Thank you to everyone for an incredible 24+ years of support. Your love and appreciation are what fuel us to keep making new games and new worlds, and we look forward to continuing to bring new and exciting ideas to life for many years to come. We’re not ready to talk about whatever might be next, but we hope you’ll keep following us whenever we’re ready to share more.

As for what Sucker Punch is actually working on, solid evidence points to a sequel to Ghost of Tsushima. Considering the first GoT sold over 8 million copies, more than any previous Sucker Punch title, a follow-up would not be surprising.

What are your thoughts on the future of Sucker Punch? Disappointed they’re shelving InFamous or Sly Cooper or is Ghost of Tsushima what they should be focusing on?

The post InFamous and Sly Cooper Franchises Do Not Have Games in the Works says Sucker Punch by Nathan Birch appeared first on Wccftech.