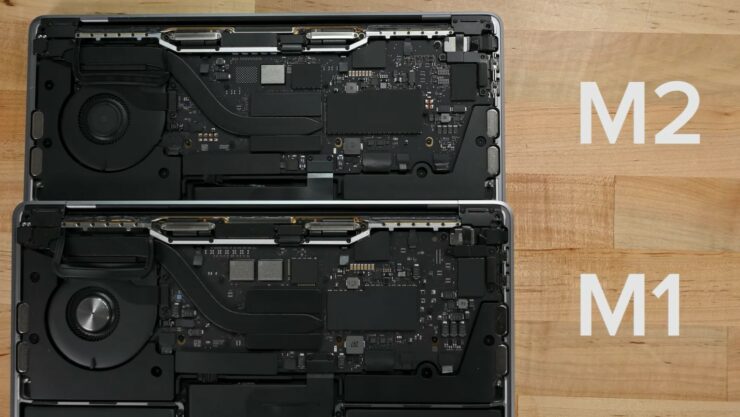 Apple announced the new M2 MacBook Pro earlier in June with the same design as the M1 variant. While there are no new design variations, the M2 chip brings the required performance upgrades to the table. However, the base model is still slower than the M1 MacBook Pro due to the single NAND flash storage chip. According to the new M2 MacBook Pro teardown by iFixit, Apple has simply recycled the old hardware and added a new chip. Scroll down to read more details on the subject.

iFixit’s latest teardown reveals the insides of the new M2 MacBook Pro which can be compared to the last generation’s M1 MacBook Pro. To sum it all up, Apple has not changed anything on the inside except the processor. Apple reused the body of the M1 MacBook Air since both models are identical in terms of design. Furthermore, iFixit noted that even the bottom cover of the new M2 MacBook Pro is the same as the version introduced in 2020. Both models share the model number “A2338” engraved on the bottom along with the same FCC ID. This means that Apple simply recycled the old hardware with a new chip on board.

It was revealed in MKBHD‘s unboxing of the M2 MacBook Pro that even the box is the same as its predecessor. The Cupertino giant simply updated the box with a sticker with the listing of technical specifications over the old markings. As for the M2 MacBook Pro teardown, almost all internal components, connectors and screws are the same as last generation’s model with an M1 chip. While some chips are changed, they are located in the same position as the M1 MacBook Pro. 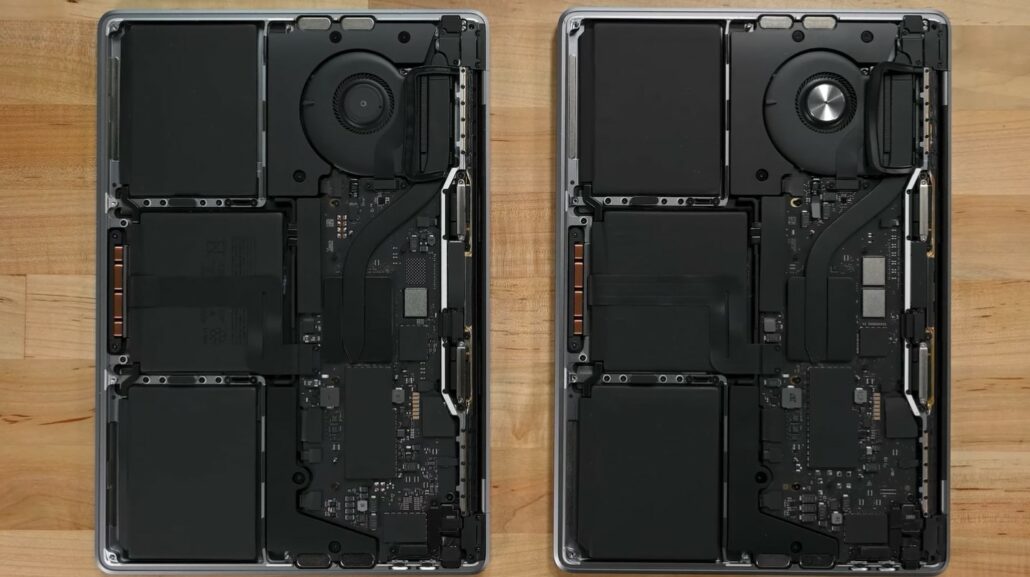 The teardown also reveals that the heatsink on the M2 MacBook Pro features squared corners but it does not have an impact on the functionality. While removing the Logic board is easy, there are chances that internal components can be easily damaged if the right tools are not used. iFixit also tried to replace the Logic board of the M2 MacBook Pro but it renders the device useless since the keyboard and trackpad do not respond. A YouTuber also tried his luck to upgrade the M1 MacBook Pro with an M2 chip but the experiment failed.

It was also pointed out in the video that the single NAND flash storage chip in the M2 MacBook Pro slows down the data transfer speed compared to its predecessor which has dual NAND chips. In terms of repairability, Apple has made it difficult for users to repair the machine themselves. Apple will potentially add the M2 MacBook Pro to its Self Repair Program for easier repairability. You can check out the teardown video below for more details.

We will keep you guys updated on the latest, so be sure to stick around for more details. This is all there is to it, folks. Share your valuable insights regarding the M2 MacBook Pro teardown in the comments section below.