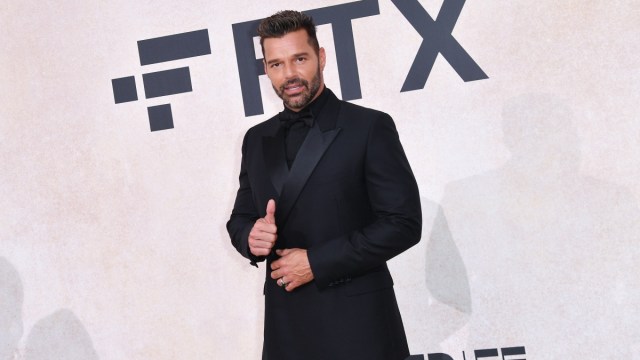 Ricky Martin has denied allegations of domestic abuse, after a restraining order was filed against him in Puerto Rico.

A Puerto Rican judge issued a domestic abuse restraining order against the Livin’ La Vida Loca singer on Saturday (local time), with authorities visiting his upscale neighbourhood of Dorado to serve it shortly after.

The Puerto Rican superstar has denied the allegations, with his representatives describing them as “completely false and fabricated”.

Martin’s representative told People magazine they believe their client would be fully vindicated when the “true facts come out”.

“The allegations against Ricky Martin that lead to a protection order are completely false and fabricated,” they said.

“We are very confident that when the true facts come out in this matter our client Ricky Martin will be fully vindicated.”

It is not immediately known who sought the order, and what prompted the allegations of violence.

But Puerto Rican newspaper El Vocero said the order stated that Martin and the petitioner had dated for seven months.

The paper said Martin had denied their breakup two months ago and had been seen loitering near the complainant’s house at least three times.

“The petitioner fears for his safety,” El Vocero said, quoting the order.

According to Puerto Rican authorities, the order prohibits Martin from contacting or calling the petitioner.

A judge will rule on how long the order will apply at a hearing at a later date.

Mr Valencia told AP the person who filed the order did not contact police and that the request for a protection order went directly to the court.

The restraining order comes days after Martin’s ex-manager Rebecca Drucker sued the singer for more than $3 million in unpaid commissions, according to legal documents obtained by People.