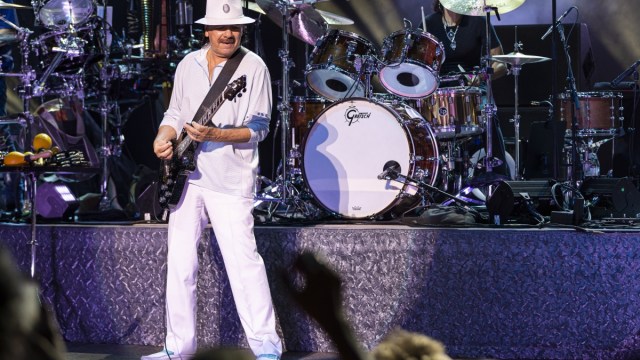 Legendary guitarist Carlos Santana has received medical attention after collapsing onstage, reportedly due to heat exhaustion, during a show in the US state of Michigan.

The musician, whose band is known for hits including Smooth and Maria Maria, was attended to by multiple staff members and medical personnel.

“He was walking, playing and all of a sudden went down,” a woman named Janet Brown told The Detroit News.

Videos shared on social media showed the 74-year-old being helped off stage and waving to fans as he exited.

Santana was performing at Pine Knob Music Theatre, an outdoor venue near Detroit, when he was “over-taken by heat exhaustion and dehydration”, one of his representatives said.

“Carlos was taken to the emergency department at McLaren Clarkston for observation and is doing well,” they told People magazine on Wednesday (Australian time).

The incident occurred during Santana’s Miraculous Supernatural Tour, which the band is involved in with fellow rock group Earth, Wind & Fire.

Santana’s manager Michael Vrionis said a show scheduled for Thursday at The Pavilion at Star Lake in Burgettstown, Pennsylvania, had since been postponed.

In December last year, Santana was forced to postpone part of a Las Vegas residency, following an “unscheduled” heart procedure.

He resumed the residency in January and began the North American tour in March.