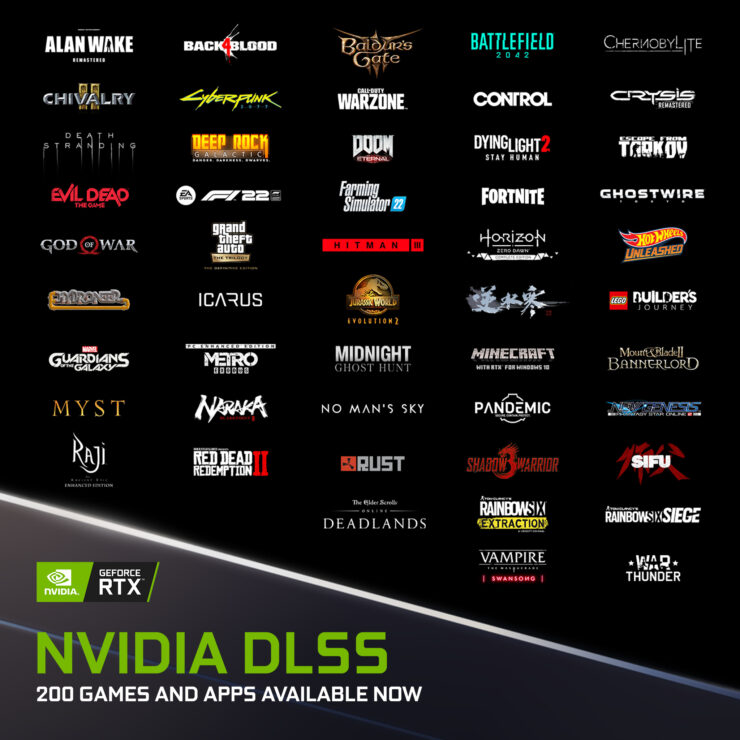 This month, there will be two newly launched games adding both DLSS and RTX. The first is Loopmancer, an action platformer game out next week on PC. According to NVIDIA, DLSS Performance Mode can more than double performance at 4K resolution with ray traced reflections enabled.

Then there are a couple of games adding NVIDIA DLAA, the anti-aliasing focused version of DLSS. The first is Baldur’s Gate 3 with Patch 8 (out today), and the other one is the 3D puzzle platformer indie game Lumote: The Mastermote Chronicles.

Both games just received new trailers courtesy of the Nacon Connect streaming event. You can check them out below, though they are not representative of DLSS or RTX features.

The post DLSS Now Available in 200 Games/Apps; Steelrising, The Lord of The Rings Gollum to Also Support RTX by Alessio Palumbo appeared first on Wccftech.