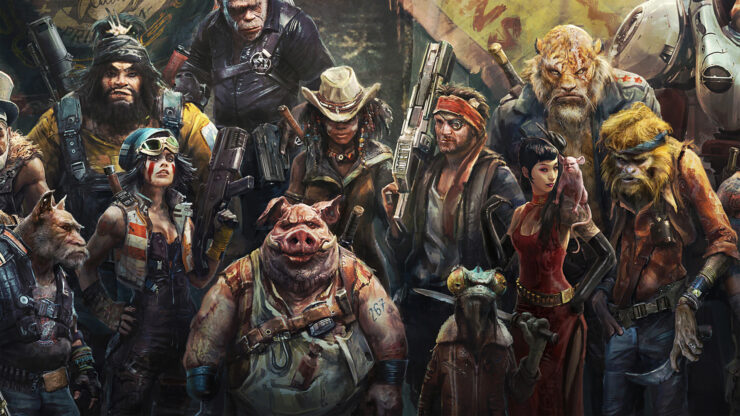 While you’d be forgiven for thinking Beyond Good and Evil 2 is never going to come out, it seems the game is still alive. BG&E2 has smelled like vaporware for a long time, with Ubisoft not being able to show any real, concrete progress despite nearly nine years of development on the current iteration of the game. Needless to say, the departure of creator Michel Ancel under a cloud of toxic management accusations in 2020 didn’t help the perception of the project. That said, Ubisoft has continued to insist the game is in its pipeline, so has it actually made some progress?

It seems it has, according to prolific insider Tom Henderson (who just delivered the goods on another troubled Ubisoft project, Skull and Bones). According to Henderson, Beyond Good and Evil 2 will soon begin external testing (as opposed to internal testing with Ubisoft employees) indicating there is in fact something to play. Per Henderson, these playtests will be more extensive than ones recently conducted for games like The Division Heartland and XDefiant.

Of course, take this with a grain of salt for now, but again, Henderson has had the goods on Ubisoft in the past. A big Ubisoft Forward presentation is slated for September – given the timing of the rumored testing, could a Beyond Good and Evil 2 re-reveal be coming soon?

If it is, it will be interesting to see what form Beyond Good and Evil 2 has taken. Last we heard, the game was still lacking a clear direction. Based on early materials it seemed the idea was to let players explore several planets and detailed sci-fi cities as well as the space in between them, with some sort of procedural generation and MMO-like online connectivity likely planned as well. But it never seemed like a solid structure was in place. Michel Ancel’s big ideas were mostly just that — ideas.

What do you think? Still interested to see how Beyond Good and Evil 2 might turn out? Or are you past caring about this project?

The post Beyond Good and Evil 2 is Still Alive, External Playtesting will Reportedly Begin Soon by Nathan Birch appeared first on Wccftech.