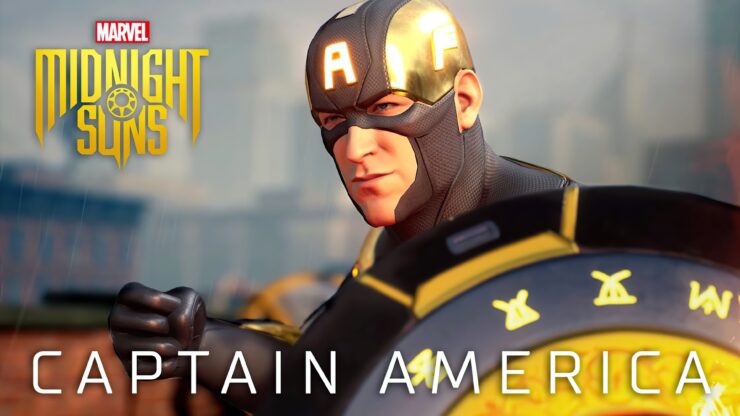 With the release date of Marvel’s Midnight Suns fast approaching, 2K and Firaxis have begun publishing dedicated character deep dive videos starting with none other than Captain America/Steve Rogers.

The First Avenger’s playstyle unsurprisingly revolves around the use of his signature Vibranium-made shield. With The Brooklyn Handshake, Captain America uses the shield to knock back enemies in the chosen direction. If the target (or targets) had already received damage in the same turn, they’ll be knocked back twice as far away and they may even pass through objects. Over the course of the game, The Brooklyn Handshake (much as any other skill, or at least we assume that’s the case) can be upgraded to draw two cards when it KO’s a target, and can even refund the card play cost if the target KO’d had been previously marked. Another shield-based skill is the Heroic Spang!, which deals 36 bonus damage to foes that were targeting Captain America.

The most expensive Heroic skill is Shield Charge, which expends all of the Block garnered by Captain America into damage dealt to foes in a straight line. If you’ve played well, it can be devastating because Steve Rogers is all about generating Block. For instance, the ability called The Best Defense allows Captain America to gain Block equal to the damage he deals in the next two turns.

Captain America is what in RPG terms is called a tank; that is to say, he draws the attention of enemies away from his allies. In Marvel’s Midnight Suns, he can do so by using the Dig In skill, which lets him select an ally, taunt all enemies that were targeting said ally, and also gain 15 Block in the process.

The deep dive also provides Marvel’s Midnight Suns fans with the first look at how the Friendship mechanics are going to work. While in the Cathedral hub, players will have the chance to befriend the various heroes and gain a series of benefits for getting closer to them.

With Captain America, reaching level 1 Friendship means he’ll start any combat with 16 Block thanks to the passive skill All Day. Once you get to level 2, he’ll keep gaining Block each and every turn.

Marvel’s Midnight Suns is launching on October 7th for PC, PlayStation 4, PlayStation 5, Xbox One, and Xbox Series S|X, while a Nintendo Switch version will be available at a later date.