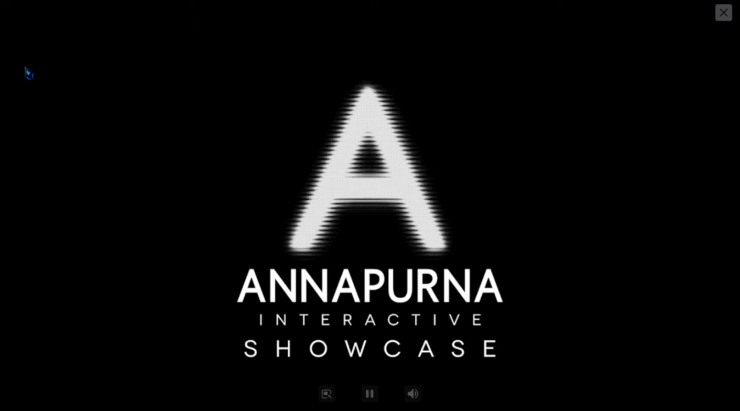 Annapurna Interactive had its Showcase a bit earlier today, showcasing some of the new titles they’d be publishing soon. Annapurna’s team has headed projects such as the recently-released Stray, Outer Wilds, and The Artful Escape. With that said, let’s break down what exactly was shown at Annapurna Interactive’s Showcase.

First is a release update from Joel McDonald’s (creator of Prune) newest game, named Hindsight. Hindsight releases next week on Nintendo Switch, iOS and PC via Steam and is a narrative exploration title spanning a woman’s entire life who tries to make sense of everything. The game will make a point to have you pay attention to the things left behind and slow down. You can watch a brand-new trailer for it below.

The next title to be revealed is Flock, a brand-new multiplayer co-op game. Developed by Hollow Ponds and Richard Hogg (Hohokum and I Am Dead), Flock is all about flight and collecting new creatures with friends to add to their flock. Players can play the game on Xbox Series, Xbox One, PlayStation 5, PlayStation 4, and PC via Steam, and you can watch it here.

Following that is a rather short update, but it’s more of a teaser reveal than concrete gameplay. This next trailer is a brand-new title from Keita Takahashi (known for PS2 classic Katamari Damacy) and showcases the next big project he’s working on. You can watch that new trailer right here.

The show resumes with an update for Thirsty Suitors, Outerloop Games’ upcoming title about culture, relationships, expressing oneself, and family pressures. This game will launch next year on Xbox Series, Xbox One, PlayStation 5, PlayStation 4, Nintendo Switch, and PC via Steam. Not only is there a new trailer below, but Steam users can download the game’s demo and try it right now.

Annapurna Interactive also revealed their updated developer partnerships, which are as follows.

Finally, Annapurna also revealed a bunch of already-released titles would be released on various other platforms throughout the rest of the year, which are:

Additionally, Annapurna has also shadow-dropped a few additional updates. First, What Remains of Edith Finch is now available natively on PlayStation 5 and Xbox Series X|S in 4K 60FPS. If you own the game’s PS4/Xbox One versions, you will receive this version for free. FInally, Hohokum is now available on PC through Steam.

Of course, we also still have a few heavy hitters worth discussing. The newly announced Bounty Star lets players engage in hardcore mech action and is coming to PC, Xbox One, Xbox Series X/S, PS4, and PS5 sometime in 2023. Additionally, a new Dinosaur survival game called Lost WIlds will put players against fierce creatures. The game will arrive sometime in 2024 on PC and consoles.