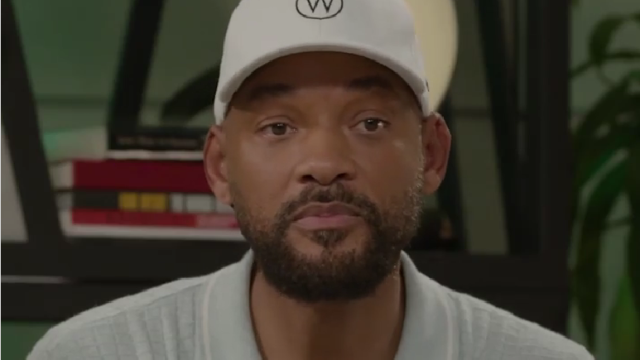 Will Smith has apologised to Chris Rock over his infamous Oscars slap, in his first public statement in three months.

In a five-minute video posted on Instagram, Smith spoke directly to the camera and answered a series of questions from social media about the incident on March 27.

The Hollywood star stormed the stage and slapped Rock after the comedian made a joke about Smith’s wife, Jada Pinkett Smith, and her hair loss as a result of the medical condition alopecia.

Answering a question as to why he did not apologise to Rock during his best actor acceptance speech for King Richard minutes later, Smith said: “I was fogged out by that point. It’s all fuzzy.

“I have reached out to Chris and the message that came back is that he is not ready to talk and when he is, he will reach out.

“So I will say to you ‘Chris, I apologise to you’. My behaviour was unacceptable and I am here whenever you are ready to talk.”

In the video, Smith also apologised to Rock’s mother, father and younger brother Tony, an actor, who he said had been “my man,” before adding: “But this is probably irreparable.”

He added: “I spent the last three months replaying and understanding the nuances and complexities of what happened in that moment.

“And I’m not going to try and unpack all of that right now but I can say to all of you that there is no part of me that thinks that was the right way to behave in that moment.

“There is no part of me that thinks that’s the optimal way to handle feelings of disrespect or insults.”

Asked whether his wife had prompted his decision to storm the stage and slap Rock in the middle of his presentation of the best documentary award, that was won by Questlove for Summer Of Soul, Smith replied: “No, I made a choice on my own, from my own experience and my history with Chris.

“Jada had nothing to do with it.”

Addressing his wife directly, Smith added: “I’m sorry babe, and I want to say sorry to my kids and my family for the heat that I brought on all of us.”

Smith also apologised to the other nominees whose Oscar wins were overshadowed by the furore surrounding the slap, including The Roots frontman Questlove.

“I can still see Questlove’s eyes – it happened on Questlove’s award – and I am sorry isn’t really sufficient,” he added.

Concluding the video, Smith said he was “deeply remorseful and I’m trying to be remorseful without being ashamed of myself”.

He added: “If you hang on, I promise we will be able to be friends again.”

Smith was banned from all Academy events or programs for 10 years following his “unprecedented” behaviour at the 94th Academy Awards.

Two days on from the incident, he issued a public apology to Rock and the Oscars production team, saying he reacted “emotionally” to the joke and that “violence in all its forms is poisonous and destructive”.

Pinkett Smith also called for a “season of healing” on her own social media post.

The post ‘It’s been a minute’: Will Smith speaks out for the first time since the slap appeared first on The New Daily.