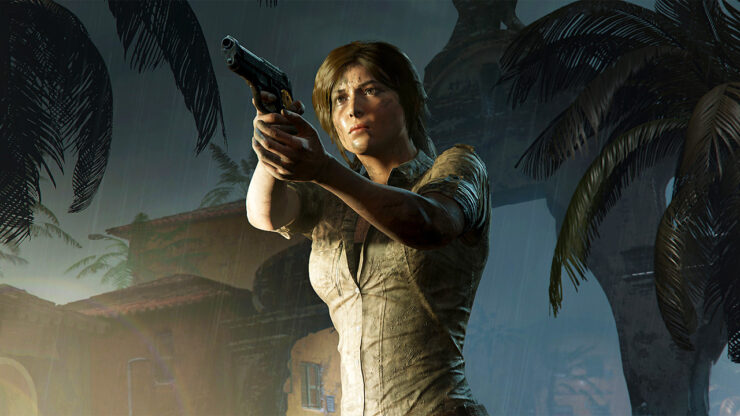 Earlier this year, it was announced that the next entry in the Tomb Raider franchise was in the works at Crystal Dynamics, but very few specifics about the game’s story or world were shared at the time. Well, we may know more now. On the most recent episode of his Sacred Symbols podcast, sometimes-leaker Colin Moriarty claimed to have got his hands on a partial script for the new Tomb Raider used to cast voice actors.

Per Moriarty, the new game is codenamed Jawbreaker and will feature a somewhat older, experienced Lara Croft (CD is apparently looking for a 30-something 5’6” athletic British woman to provide Lara’s voice, and presumably do motion capture). Apparently, the game will have a grounded tone with some fantasy elements and interestingly, it seems Lara’s occupation may have been tweaked, with the titular raiding of tombs deemphasized in favor of “protecting” artifacts.

As for the actual story, the daddy issues have been left behind, but Lara has become somewhat of a celebrity and will be dealing with the isolation and loneliness that sometimes comes along with that. That said, she’s also inspired a new generation of younger tomb raiders, who she’ll have to call on for help when another world-altering cataclysm rears its ugly head.

Of course, take all this with a grain of salt for now. Moriarty has an uneven track record, but again, he claims to have seen an actual VA casting script. If these rumors don’t pan out, he’s either been duped or making up rather elaborate stories. Meanwhile, to add one more tidbit to the pile, semi-retired leaker Dusk Golem popped up in a ResetEra thread devoted to the rumors, adding this…

“I can’t wait until people learn about the bisexual dating and gruesome horror elements.”

Needless to say, take that with a big ol’ grain as well! Getting back to things that have been confirmed, here’s what Crystal Dynamics has said about the Unreal-Engine-5-powered Tomb Raider sequel.

“Crystal Dynamics is proud to be a part of the launch of Unreal Engine 5. This new engine translates into next-level storytelling and gameplay experiences. And that’s why we are thrilled to announce that we have just started developer of our next Tomb Raider game, powered by Unreal Engine 5. Our goal is to push the envelope of fidelity and to deliver the high-quality cinematic action-adventure experience that fans deserve from both Crystal Dynamics and the Tomb Raider franchise. We can’t wait to take this journey together. Thank you, and congratulations again to the Epic Games team.”

A release window or platforms have yet to be revealed for the new Tomb Raider.