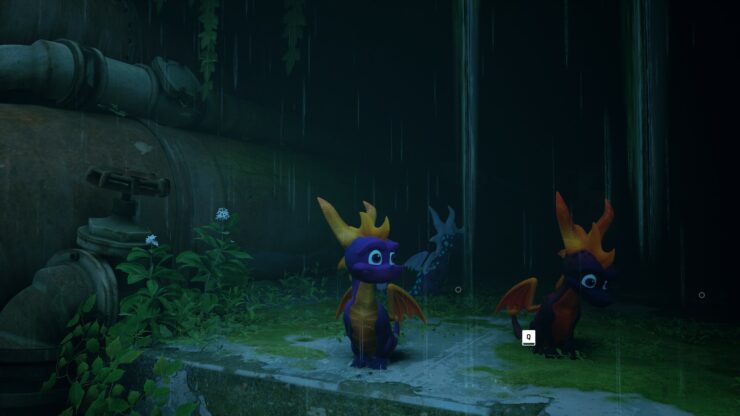 Stray’s been out for almost two weeks now on PlayStation and PCs, and if you last remember, we reviewed the title and came back with glowing impressions. Stray is as simple a premise as it gets; as a cat separated from your companions, you explore the dark underground city and try to make your way back to the surface.

On the PC side of things, players have already begun to mod the game and make various changes. One such change actually fully replaces your cat with Spyro the Dragon (in his Reignited Trilogy incarnation), allowing you to explore the game’s world as Spyro (another IP that ultimately has to be put aside thanks to Toys for Bob being assigned to Call of Duty).

The mod’s creator is known as MrMarco1003, and he’s also done various character model replacements in other games, such as Crash Bandicoot in Kingdom Hearts II. The new mod for Stray is downloadable right now on NexusMods, as well as other mods for Stray and various titles.

Installing the mod isn’t very difficult, either. In order to do so, after downloading and extracting the file:

Removing the mod is also relatively simple, too. All you need to do is remove the mod file from the Paks folder, and that’s it; you’ll be back to playing as the original cat. Obviously, you can’t remove or add the mod as the game’s running, as the game’s already pre-loaded everything in the game’s files before booting.

The post Spyro the Dragon is Now Playable in Stray Thanks to this Mod by Ule Lopez appeared first on Wccftech.