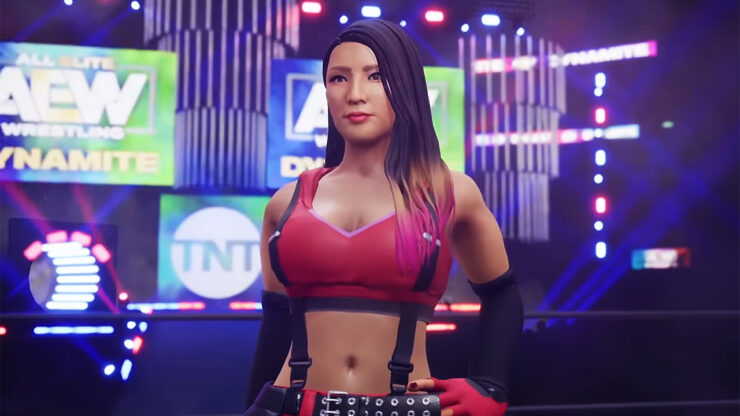 Back in 2020 it was revealed upstart promotion All-Elite Wresting was getting its own video game created by ex WWE 2K developers Yuke’s and the director of WWF No Mercy, but details on the game have been rather scarce. Well, we now have some interesting new information courtesy of Amazon listings for the game that seem to have leaked early.

The AEW: Fight Forever listing promises some key features that have yet to be officially confirmed, including a “deep career mode,” “wrestler customization” (whether that means full character creation remains to be seen), and online play. It also seems like tag-team wrestling will be a particular focus, with players being able to easily execute complex double-team moves. As for match types, singles, tag-team, 3-way, 4-way, ladder, Casino Battle Royale, Falls Count Anywhere, Unsanctioned Lights Out, and yes, Exploding Barbed Wire Deathmatch variants are listed. You can check out the full description for AEW: Fight Forever, below.

Assuming this description is accurate, it seems AEW: Fight Forever is going to be more full-featured than I was expecting. If it can deliver the in-ring action, it seems like this game could be a contender.

AEW: Fight Forever is listed for PC, Xbox Series X/S, PS4, PS5, and Switch on Amazon. The game also has a December 31, 2022 placeholder release date, indicating it may arrive this year. Of course, none of this has been confirmed yet, so temper your excitement a bit for now.