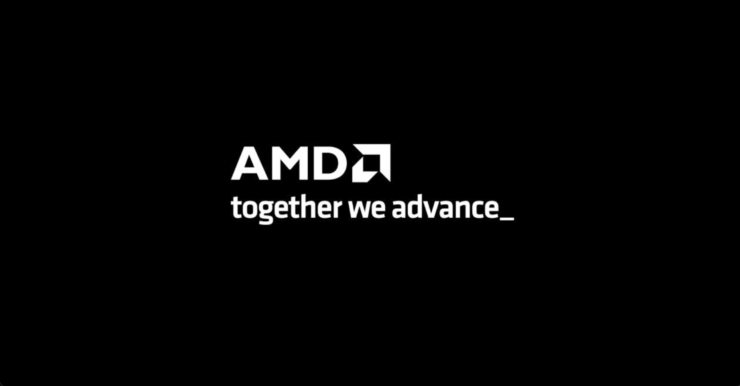 Chip designer Advanced Micro Devices, Inc (AMD) continued its strong trend of growing revenues annually as its released its latest earnings results earlier today. AMD’s earnings report for the second quarter of 2022 saw the company bring in $6.6 billion in revenue during this year’s June quarter, to mark for a strong 70% annual growth at a time when its peers are struggling with a weak economy and record inflation. The revenue was a new record for AMD in a second quarter, and it came courtesy of growth in all there of the company’s operating segments which target the personal computing, data center computing and gaming and custom devices.

The key focus area during today’s earrings report, as anticipated, was AMD’s data center. This segment has seen massive growth over the past few quarters and Q2 was no exception. AMD reveled that it managed to rake in $1.5 billion from data center, for an 83% annual growth that saw the segment on its own outpace the company’s overall revenue growth and carry the latter to new records.

AMD explained that cloud computing drove data center growth, as it highlighted that the EPYC processors managed to gain hold of more than 60+ cloud computing instances. However, all was not rosy for the data center segment, as AMD was not infallible to inflation and its operating margin grew by a rather muted 7% annually to 32% this year as compared to the 25% at the end of last year’s second quarter. However, as a whole, operating income growth outpaced revenue growth, as $472 million in Q2 2022 operating income grew by 131% annually.

Despite another strong performance by data center, client, or personal computing remained AMD’s strongest segment. During the quarter, the semiconductor designer brought in $2.2 billion in revenue though personal computing, for a 25% annual growth from last year’s $1.7 billion. Operating margin remained relatively flat as it grew by 1% annually to 32%, but operating income in itself grew by 26% to stand at $676 million.

AMD’s non-GAAP gross margin, which excluded the impact of some acquired assets, grew by 6% annually to 54% and marked the third time that the company has posted a gross margin higher than 50% – a crucial metric for its long term financial models.

Moving towards its balance sheet, AMD doubled its accounts receivable this quarter over the last, as it deals with a historic supply chain crisis. At the same time, the company became debt heavy as well, with its $3 billion revolving credit facility that was signed during the first quarter making its mark on the balance sheet during the second quarter as well. AMD’s total debt stood at $2.8 billion as Q2 closed, up from the $313 million last year.

Finally, AMD expects to grow its revenues by another 55% annually during the second quarter, as it expects to earn roughly $6.7 billion by the end of this year’s September quarter. The firm also expects gross margins to remain flat, and at the same time its full year revenue guidance place top line earnings at $26.3 billion for a 60% annual growth over fiscal year 2021.

Commenting on the earnings, Jesse Cohen senior analyst at Investing.com commented that:

“In contrast to Intel’s big miss last week, AMD actually delivered a solid quarter, solidifying its spot as an increasingly prominent player within both the high-performance PC and data center CPU market.

“However, AMD sounded the alarm about a possible slowdown in demand and inventory build-up, echoing the outlook of other chipmakers that have already reported earnings so far.

The company’s shares tanked immediately by roughly 5% after the earnings were released, but then experienced some volatility. At the time of publishing, they are down. 4.24%.

The post AMD Slips 4% In Aftermarket Despite Earnings Beat & Another Record Quarter by Ramish Zafar appeared first on Wccftech.