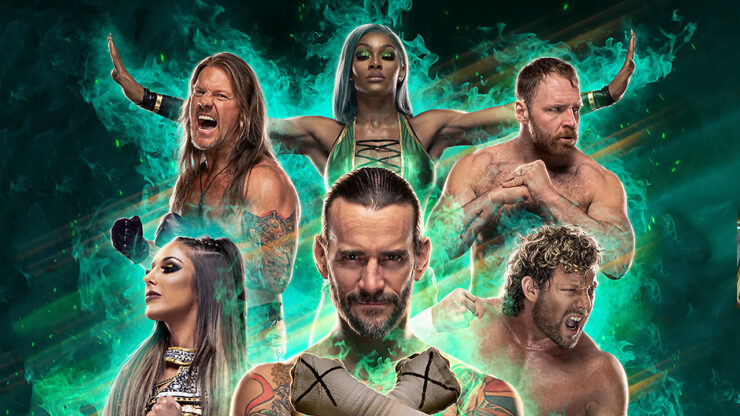 Yesterday new details for AEW: Fight Forever, the new wrasslin’ game from upstart promotion All-Elite Wrestling, seemingly leaked via Amazon, including the existence of a full Career mode, Exploding Barbed Wire Deathmatches and other ways to mix it up. Well, now those details have been confirmed by new publisher THQ Nordic (a fitting partnership considering THQ used to publish WWE games back when they were in their prime). Some new details have also been confirmed, including the game having a full creation suite that will allow you to customize wrestlers, movesets, entrances, arenas, and more. A handful of new screenshots, which you can check out below, have also been released.

Of course, since nothing in the wrestling business stays secret, this official reveal of AEW: Fight Forever info has been accompanied by another leak. A gameplay trailer, meant to be shown next week, has slipped out early. It shows our most extensive look at in-ring action yet, as well as a variety of weird-looking multiplayer party games. Check it out, below.

There’s no denying AEW: Fight Forever’s visuals are a bit out of date, but its action looks fast-paced and impactful. After years of expensive-looking, yet dull WWE games, I’d be happy to play a wrestling game that was actually, y’know, fun. Hopefully, AEW: Fight Forever will deliver. Here’s the game’s official features list…

“A touch of nostalgia is just the beginning in AEW: Fight Forever. Players can look forward to pulling off the most current wrestling moves seen on wildly popular AEW programming. This, in addition to innovative tandem offensive moves. Online co-op wrestling is going completely next level with Tag Team matches that feature sequences of team maneuvers performed with simple commands. A long roster of the most popular AEW wrestlers, deep career mode, create-a-wrestler, signature AEW arenas, multiple match types and even some good ol’ fashioned, unsanctioned fun await!”