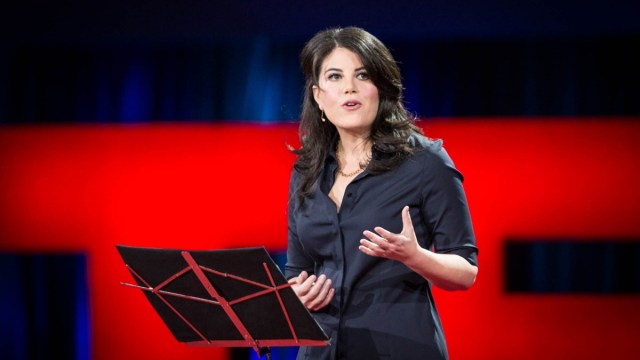 Beyonce’s song edits are piling up – as she makes the second change this week to some of her lyrics, and faces a push from American TV personality Monica Lewinsky to remove another reference.

Earlier this week, Beyonce’s reps confirmed she would remove an “ableist slur” from a track on her new album, Renaissance, after it sparked outrage among disability advocates.

Then on Thursday, she removed a snippet of Kelis’s song Milkshake from her track Energy, following reported criticism from the singer.

At the end of the original version of Energy, the pop superstar sang a series of “las” to the tune of the 2003 R&B hit. However, they no longer feature on the Spotify or YouTube versions of the track.

Beyonce’s use of the song is an example of interpolation, where an artist uses a melody from a previously recorded track by rerecording the melody instead of directly sampling it.

“Uhmm, while we’re at it… #Partition,” she tweeted.

Beyonce sings that a man “Monica Lewinsky’d all on my gown”.

The former White House intern responded to backlash that quoted her Twitter bio, where she refers to herself as a “rap song muse”.

“Actually, it’s how I’ve learned to deal with painful or humiliating things… I find the humour,” she tweeted.

Ms Lewinsky said she had not contacted Beyonce or her representatives before the tweet.

She added she originally referenced Beyonce’s namedrop in an op-ed for Vanity Fair in 2014, writing: “Thanks, Beyonce, but if we’re verbing, I think you meant ‘Bill Clinton’d all on my gown’.”

Ms Lewinsky noted this was “the first public thing I’d done in 10 years”, writing about her affair with Mr Clinton.

Beyonce’s representatives have not commented on Ms Lewinsky’s call.

But earlier this week, they confirmed the pop superstar would rewrite part of her new track, Heated, to remove the word “spaz”.

“Spazzing on that ass, spaz on that ass,” the 28-time Grammy Award winner raps over the song’s upbeat outro – prompting a fierce online backlash.

The outrage began almost immediately after Renaissance‘s release in July, with advocates pointing out that “spaz” is an offensive reference to spastic diplegia, a form of cerebral palsy.

Sydney disability advocate Hannah Diviney was among the critics. She said Beyonce’s use of the word was a “slap in the face” to her and the entire disabled community.

A rep for Beyonce confirmed this week singer planned to change the lyric.

“The word, not used intentionally in a harmful way, will be replaced,” the statement said.

Ms Diviney thanks Beyonce on Tuesday.

“Where she leads, the music industry follows. Big thank you to Bey and her team. I’m so grateful,” she tweeted.

Disability equality charity Scope also spoke out against Beyonce’s use of the word, less than a month after it did the same for American singer-songwriter Lizzo.

Lizzo rereleased her song Grrrls with a “lyric change” and issued a statement apologising after facing criticism.

The post ‘While we’re at it’: Monica Lewinsky joins push to change Beyonce lyrics appeared first on The New Daily.